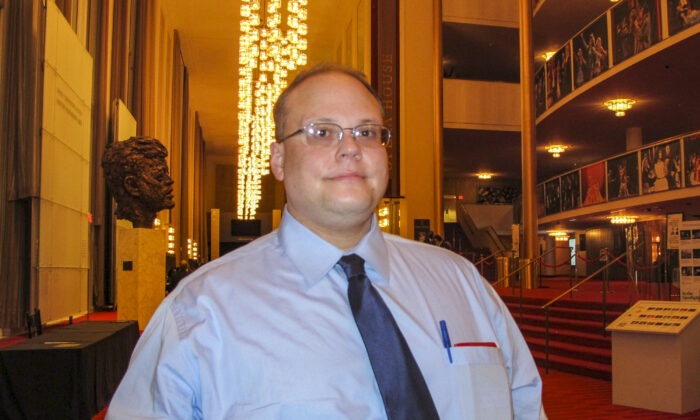 WASHINGTON, D.C.—Lawrence Fox, a journalist, is a returning fan of Shen Yun Performing Arts. “This is my second time seeing Shen Yun. I saw the first show back in 2020—the last show before the pandemic—and it was very good,” he said.

Mr. Fox was at Shen Yun‘s Feb. 16 performance at The Kennedy Center Opera House where he shared his views on China.

“I think a re-emergence of Taoism [and] Buddhism would ultimately benefit China. I know during the Cultural Revolution, a lot of things were destroyed and they were kind of priceless, and a lot of Americans are unaware of that,” he said.

China should be very proud of their extremely rich culture.
— Lawrence Fox

“But China should be very proud of their extremely rich culture—and America is very hungry for a pre-communist revolution China.”

The two major belief systems in China have traditionally been Buddhism and Taoism. Many schools of thought were also prevalent, like the teachings of Confucius and Mencius. Shen Yun’s performers bring to life many of these traditional Chinese fables and stories on stage, accompanied by a live orchestra.

Mr. Fox threw his support behind New York-based Shen Yun for using performing arts to raise awareness about the cultural treasures of China as well as the current ruling regime’s persecution of spiritual practices in China like Falun Gong. Falun Gong is a peaceful Buddha-school practice that benefits the mind and body, and teaches truthfulness, compassion, and tolerance as its core guiding principles.

“I definitely like positive and uplifting messages … it’s a good way to begin conversations with Americans who are unfamiliar with Far-Eastern religions. I think it’s a very good way to start things,” he said.