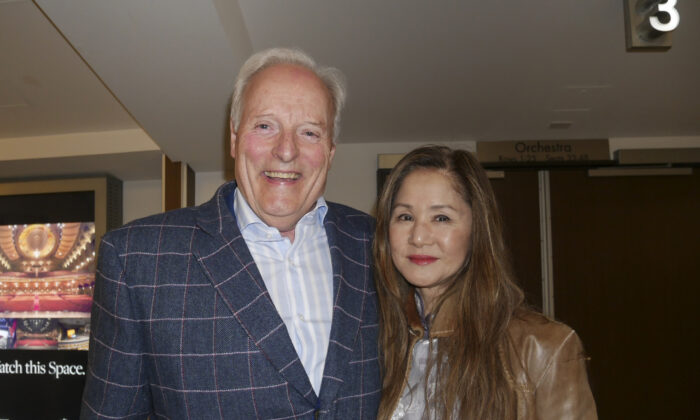 VANCOUVER, Canada—Tradition is something cherished that’s passed down from generation to generation. Through classical Chinese dance and music, Shen Yun Performing Arts is not only reviving the rich culture of China, but it is also sharing timeless traditional values with audiences around the world.

“Exactly what my grandparents were trying to tell us as a child. This is about God giving us liberty. We are supposed to be able to speak up and have freedom, practise our faith. We have to be God-like, go back to how He created us. It’s the way, the truth, and the light,” said Margaret Lim, a realtor.

New York-based Shen Yun was founded with the mission of reviving China’s 5,000 years of culture, with its deeply spiritual roots, which has been nearly all but lost over decades of communist rule.

The performing arts company brings the beauty and wisdom of classical China to the world through a global tour that showcases an all-new production every year, even as it is not permitted to perform in today’s China under the communist regime.

“This is amazing. It must be seen by everyone in the world, because it’s a true story of the history of China,” Ms. Lim said.

“It’s heavenly, it’s divine,” she added, noting that “I’m very proud to be Chinese before communism.”

She said her grandparents immigrated from China to the Philippines to escape communism, and “as a child, I always hear my grandparents telling stories about how they escaped communism to give us freedom.”

“The show did an amazing job portraying the traditional values of the Chinese people and the amazing influence they have had on the world, and it puts to shame the current regime in China and everything that it stands for which is wrong,” he said.

“So I was very impressed with the show and I will certainly get back next year as well as my fiancé,” Mr. Dash noted.

Shen Yun features not only the dancers’ beauty and grace but also their stunning athleticism. Mr. Dash spoke to the strong energy coming from the show and how the spiritual essence of traditional Chinese culture conveyed by Shen Yun positively affected him.

Referring to the oppression faced by the Chinese people in today’s China, Mr. Dash noted that “I think that Shen Yun goes a long way to awaken people to what’s going on.”

Mr. Dash likened the Chinese Communist Party to the pandemic.

“The virus is an unseen enemy. It’s invisible. You can’t see it. The current regime in China, you can see it. And what we have shown the world in the last two years is we’ve almost beaten the virus, and so people are free again. You can see they are walking out and about, and ultimately I’m of the belief that [this] will also happen in China, because you cannot keep the forces of freedom and people’s expression of liberty bottled up. It will explode,” he said.

“I would put this Shen Yun into our social media, to thank this show and [let people know] how powerful it is—the impact that it has,” he said.