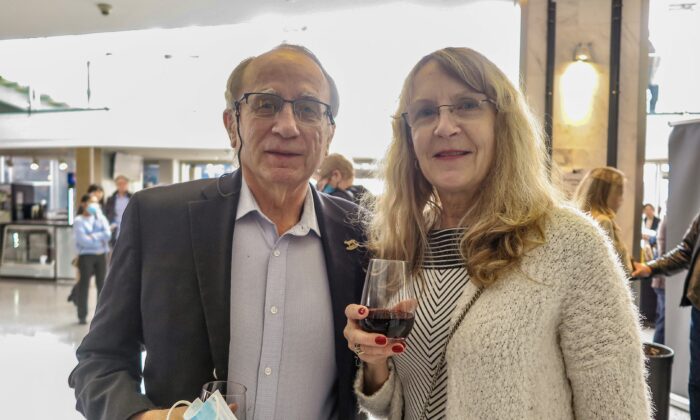 VANCOUVER, Canada—The impact of communism on society is not the way many people living in the free world imagine it to be. Ronald Bourgeois, a retired chief financial officer, and Joyce Green, a retired escalation manager in IT, shared their experience of seeing Shen Yun Performing Arts and their thoughts on how different it is from present-day China.

“We’ve been to China, and we’ve seen the impact of the CCP [Chinese Communist Party], trying to make everything their way,” said Mr. Bourgeois.

Shen Yun, based in New York, is dedicated to reviving the authentic culture of China—how it was in times past prior to the communist takeover—and sharing the beauty of this heritage with the world. Shen Yun‘s artists fulfill their mission through world-class performances of classical Chinese dance along with Chinese folk dance, ethnic dance, and song and instrumental music.

“It’s an awesome variety. I think the important thing is to see the cultural variety which has been subdued,” Mr. Bourgeois said.

Although Shen Yun is sharing the beauty of China with the world, the performing arts company is not permitted to perform in China, where the traditional culture, with deeply spiritual roots, has been all but lost.

“We didn’t see it in China,” said Ms. Green, while commending Shen Yun’s performers. “The dancers are amazing. It looks effortless, but I know it’s not,” she said.

The Cultural Revolution was a time of massive destruction of Chinese culture. Mr. Bourgeois spoke of how, even outside of China, his family could feel the impact and the “serious sense of sadness [with] what’s happened in China.”

He said his grandmother had a Manchurian rug that was made with natural dyes, but those color-mixing formulas are now lost.

“So many of these traditions in China were lost because of the Cultural Revolution, because they were [only] passed down to the family—how to mix to make that color, how to make this, how to do that was never recorded anywhere,” Mr. Bourgeois said .

Andy Duzblli, an investor, was also in the audience along with his wife, Maii Nascimento, a retired accountant.

“I think that this show was awesome,” said Mr. Duzblli. “It showed me more of the culture, Chinese culture. … The performance was like watching an opera, in another model. It was very good.”

Shen Yun uses dance and music to tell stories from China from ancient times to the modern-day, including myths and legends and adaptations of narratives from famous literature like “Journey to the West.”

“It was awesome, without question. It was telling a story without saying words. There were short stories, but instead of words, only face expressions and body movement. It was really interesting,” Mr. Duzblli said .

While many people in present-day society will often think of communism when they think of China, Shen Yun is reminding people that China is much more than the last 70 years of its history.

“I think that this has brought me more interest in the culture,” said Mr. Duzblli. “This show brings more empathy [toward] the Chinese community. Sometimes we hear bad things about them, but their culture is so beautiful! It’s amazing.”

He added that Shen Yun also “brought me a kind of connection with the past, because there is value in the past, [and] it brings us beautiful colors and grace.”

Myrna Mase, owner of a bridal shop, was also among the audience on March 23.

She described the costumes as being “amazing, [with] the color incredible, very beautiful.”

Her work involves a lot of planning for her customers’ joyful wedding day, and she could relate to the amount of effort that goes into the production of a large-scale performance like Shen Yun.

“I always respect the production of these [big shows]. That’s why I try to go to the big shows,” she said, noting that while “we’re happy to see them, they’re happy to be back. … I could just feel it,” referring to the performers.

Shen Yun’s dancers are trained in classical Chinese dance, an ancient art form with thousands of years of history. It includes demanding flips and tumbling techniques that require a great deal of skill, flexibility, coordination, strength, and stamina from the dancers.

“The skill, the athletics of the dancers, the timing was the most impressive to me. The timing was precise,” she said. “It’s incredible.”

Ms. Mase last saw Shen Yun about two years ago, and its performance today was the first big production she’s attended since the relaxation of pandemic restrictions.

“It’s great to see them back,” she said.