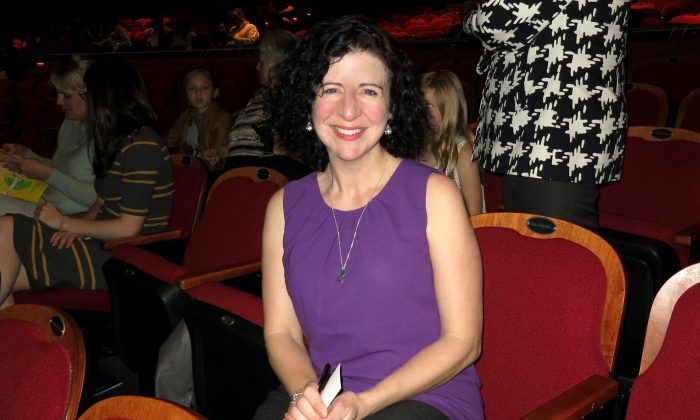 CHARLESTON, W.Va.—“It was very, very moving,” said Honor Johnson of the story-based dance, “The Steadfast Heart,” as she recalled it after the performance with some tears.

“They are trying to tell the truth of what is happening in China right now. … They are using this beautiful art form, to try to tell the rest of the world what they are going through, and how they want to free everyone from that oppression,” said Ms. Johnson, an assistant marketing director, about the purpose of the dance.

“The Steadfast Heart” tells the story of an ongoing persecution in China today: People of faith are gathering to do their morning meditation in a park. They are interrupted by police who arrest and beat them; in jail one man undergoes torture, which shatters his spirit.

“The Steadfast Heart” is one of many stories presented by Shen Yun Performing Arts through the vehicle of classical Chinese dance, a system of dance passed down through the millennia in China.

Classical Chinese dance is part of China’s rich traditional heritage, which had its roots in a belief that heaven and earth are inseparable, and that the wellspring of creativity is divinely bestowed. In fact, China was once called the Celestial Kingdom.

Under communist rule, however, this belief was undermined over the years. Shen Yun now aims to revive classical Chinese dance as it was originally intended—to celebrate that connection between human beings and the divine.

Ms. Johnson said Shen Yun did a wonderful job with their mission. She saw the New York-based company at the Clay Center for the Arts & Sciences of West Virginia on March 29.

“It doesn’t matter whether you are Chinese or American or from anywhere around in the world, this is a very universal message: that we should have the freedom to celebrate who we are as individuals, as a culture,” she said.

To deny someone that voice, that freedom, is harmful to the spirit, she said, referring to the dance “The Steadfast Heart.”

Each person, Ms. Johnson said, has a part that goes beyond the physical, and that intangible aspect, which some call the soul and some call the spirit, connects us. It’s essential to our well-being.

Music and dance, she said, are universal languages that transcend the barriers of language and culture. They touch “the basic human emotions that all of us have, fear and love, and faith, and beauty, and strength,” she said.

In hitting this universal message with its universal languages, Shen Yun “is very, very compelling,” she said.