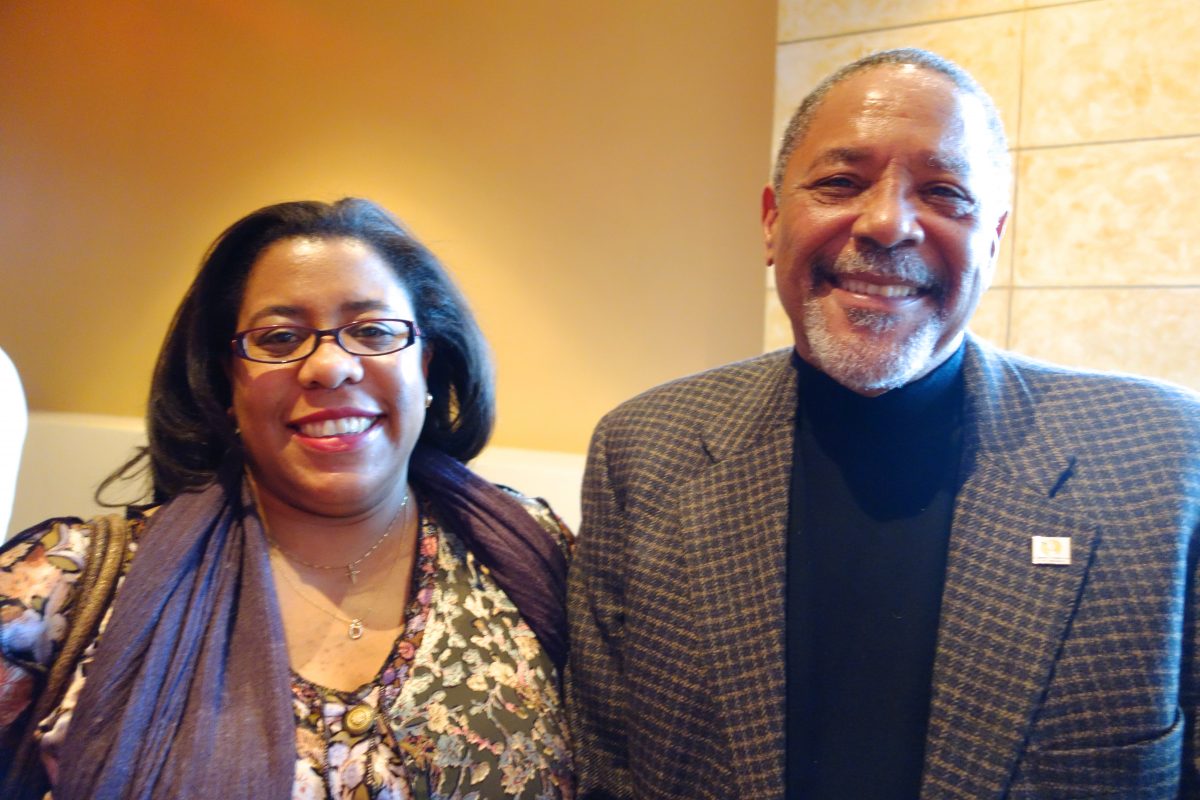 ATLANTA—A retired investment banker drove from South Carolina to treat his daughter to the Shen Yun matinee at the Cobb Energy Centre on Dec. 28. Mr. Clary Washington said he was glad he made the effort.

“I just thought it was magnificent: the costuming, the quality of dance, and the timing,” he said. “It was fun to watch, exciting to watch, and entertaining and informative.”

His daughter, Stacy Washington, studied dance in New York with the Dance Theatre of Harlem, which is America’s foremost African-American ballet company. She said she was astonished by the classical Chinese dance of Shen Yun.

“It’s amazing. The synchronicity is absolutely incredible, and I like the way the costumes are built,” she said, glowing with a radiant smile. “To highlight that, if somebody is out of sync, you can tell because of the scarf movement or the fringe of the hat. Absolutely amazing.”

“But they are not ever out of sync,” said Mr. Washington.

Shen Yun’s dancers are extraordinarily skilled. According to the Shen Yun website, “Technical skill in classical Chinese dance refers to a series of highly difficult techniques, including jumping and leaping, turning, and flipping. These techniques serve to enhance bearing and form.”

Ms. Washington is a PhD candidate and coordinates a program in the Dean’s Office of Atlanta’s highly respected Spelman College. As an individual in the academic world, she found the educational side of Shen Yun compelling.

She said she wanted more people to see the side of Chinese culture that Shen Yun conveys, proposing school tours and PBS broadcasts: “I think it’s all so important, and all we hear about China now is negative, negative, negative. And to get a sense that these are centuries of culture, and so rooted in their culture: peace and harmony.”

She sounded as if she was echoing Shen Yun’s goals, which are stated on its website: “It is able to transcend ethnic, cultural, and even linguistic barriers, taking this well-established Chinese culture and presenting its essence to the world.”

Ms. Washington wanted students, children, and people in all walks of life to understand the essence of Chinese civilization. “I think that is important. I wish more people can see,” she said.

Mr. Washington was pleased that Shen Yun includes stories of contemporary history. “It’s the total package,” he said. “I think to appreciate it fully, you have to understand the historical significance. And I think that if you are reasonably well read or if you are here, you probably have an appreciation for what has [been] going on and what is going on in China. And this really all pulls together for me.”

Both father and daughter responded emotionally to the experience of Shen Yun. Ms. Washington said, “You feel elevated and lifted by watching it.”

And such is the response the artists strive for in each one of their performances: “Our hope is that you will leave the theatre today feeling uplifted and renewed,” reads the program.

Mr. Washington felt delighted by the palette, and responded that “the artistic nature and the costuming, the colors—just outstanding. Some of it just looks so delicate, but so well put together, and the pinks, and the greens, and the blues, and the coppers.“

For him, he concluded, it was a very exciting performance.