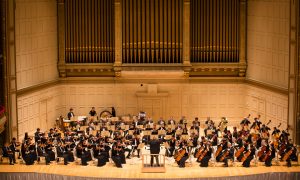 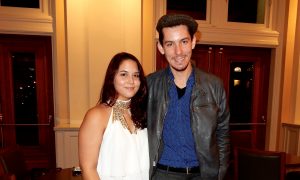 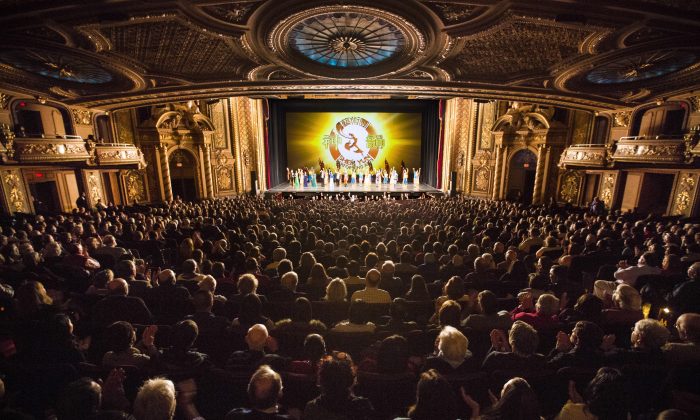 Back in New England for the 10th year in a row, Shen Yun Performing Arts will put on four performances in historic Boston Jan. 22–24 at the Boston Opera House and then two more on Feb. 6 in Providence, Rhode Island, at the Providence Performing Arts Center.

The New York-based company, which has been reviving the divinely inspired culture of 5,000 years through music and dance since 2006, was last in Boston—where historic figures such as Paul Revere, Samuel Adams, and John Hancock are buried along the famous Freedom Trail—in January of 2015 and the reviews were sensational.

“I brought 47 of my students to see the performance today and everybody is amazed,” said Laurie Graf, the owner of the Center Stage Performing Arts Studio in Quincy, Mass., who saw the performance on Jan. 25, 2015.

Shen Yun features some of the world’s best dancers combined with an orchestra that mixes both Eastern and Western sound—and one of the most innovative backdrops ever seen.

It surprised me to the point of tears of joy.
— Jim O'Brien

The dancing—classical Chinese dance—is what Shen Yun is especially known for. It is rigorous—with difficult aerial and tumbling techniques like flips, spins, and leaps—but also richly expressive, allowing for storytelling through the dancers’ movements.

“For my students, it opened their eyes to something new, and something different,” Ms. Graf said. “This shows them that you can do more: stretch your mind, stretch your imagination, stretch your emotion, when you dance. This is just a great example of what I try to bring to them every week.”

Shen Yun, according to its website, brings back 5,000 years of traditional Chinese culture to audiences all over the world—except in China, where traditional culture has been lost for the last 60 years under communist rule.

“I think it is sad because it is art and it is fascinating and everyone should be entitled to express themselves,” said Debbie Hutchinson, a supervisor at Locke Lord, a Texas-based law firm that recently merged with Boston-based Edwards Wildman Palmer, after last January’s performance.

China was once known as The Divine Land—a place where deities and mortals co-existed. For millennia, society was built upon principles from Taoism, Confucianism, and Buddhism, and the culture was said to have come down from the heavens.

I think everyone, doesn’t matter if you’re 10 years old or 90 years old, there’s something you can take away from this.
— Stuart Weissman

Unfortunately, in China today, the communist regime felt threatened by the rich culture that once inhabited the land. Government-initiated campaigns like the Cultural Revolution were set to uproot those old beliefs and destroy those treasures as if to erase the rich culture from the annals of history forever.

Audiences who have already seen this season’s performance have shared with the Epoch Times how and just why it is so touching to be able to experience this old culture.

After seeing a performance in Jacksonville, Florida, Jim O’Brien immediately sent a text of thanks to his son for gifting him the tickets. He said he had a smile in his heart and tears in his eyes after having the beauty of 5,000 years of Chinese civilization shared with him.

“I would never see this if it weren’t for the show, right? How else would I see this?” he said, moved. “It’s an enormously impressive culture.”

Mr. O’Brien is the recently retired CEO of Bahama Food Service, the largest food distributor in the Bahamas. He had worked closely with Chinese companies and ambassadors, but in that time learned little about the authentic culture.

It was a revelation for Mr. O’Brien—”it surprised me to the point of tears of joy.”

In New York, where Shen Yun has just finished a five-performance run, event producer pioneer Stuart Weissman noted all the technical perfection of Shen Yun’s vast performance, but felt the most successful and powerful aspect of Shen Yun was its ability to uplift, morally and spiritually. It left him with a good and happy feeling, he said, and he would be returning for Shen Yun’s second run of performances in New York in March, with his son.

“It’s the kind of the thing that I want to expose my son to. I think by bringing him to something like this it would make him a better person,” Mr. Weissman said. “I think everyone, doesn’t matter if you’re 10 years old or 90 years old, there’s something you can take away from this.”

Theatergoer Peter Riso has already seen Shen Yun five times. At Lincoln Center on Jan. 16, he said he would continue to do so, because the performance brings a relaxing sense of peace like no other. He ventured a guess as to why this is for all the audience members, every time: The culture is spiritual and speaks of universal values, and that is why so many audience members feel inspired and uplifted after seeing it.

“Subconsciously we are part of this, but we don’t realize it,” he said.