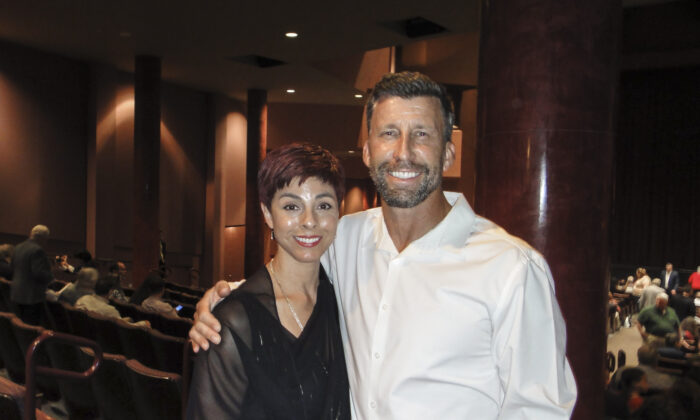 Stephen Jackson, a business owner, said he found himself thinking of the value of freedom and individuality in the United States.

“It’s very good; that message needs to be reeducated not only in China but in America too. We have to hold ourselves to a higher standard, not just a government or belief system,” Mr. Jackson said. “There is a desire to make you a better human being and live among one another in a deeper and more respectful living way.”

“I’ll be honest, I was unaware of the depth of culture that they have going back so many years. All we know is the communist idea of it,” Mr. Jackson said.

He elaborated on the impact that communism has had on China, particularly its adherence to atheism.

“With communism, particularly atheism, there isn’t a drive to better yourself for the understanding that [is] greater than you and bigger than you that holds you accountable for your behavior, your actions,” he said.

Mr. Jackson went on to describe an energy he felt from the performance.

“The energy of just presenting a message to remind people of a culture is evident to me, because I was so unaware of their culture for so long,” he said, referring to ancient Chinese culture.

“All we know is here in the States [about China] is just communism [and] oppression, and I think the energy says, ‘no we’re far more and far greater and far bigger and far longer and deeper and all the good things, and then you might have known.’ So I would say that [was] palpable in there for sure.”

Musicians Karri Robinson and Thomas Anstev were also in the audience and appreciated Shen Yun‘s orchestra, which is a unique blend of traditional Western instruments working flawlessly alongside traditional Chinese instruments.

“It’s easy to forget because they’re down in the pit, but it’s live music, but it’s amazing as well,” Ms. Robinson said. “This energy between the musicians and the dancers, it’s abundantly clear how hard they work to put it all together.”

“The last couple of pieces, ‘Plum Blossom in Spring’ and ‘Insanity,’ during the end of days, the music really stood out to me,” she continued. “I had just said to [Mr. Anstev] you can really hear the strings in this piece, and the highs and lows, the crescendo. It’s really good stuff.”

“I wish we could see the orchestra,” Mr. Anstev added. “That’s what I really liked to see. They’re very talented.”