Shen Yun ‘Reminding the World’ of the Chinese Traditional Culture 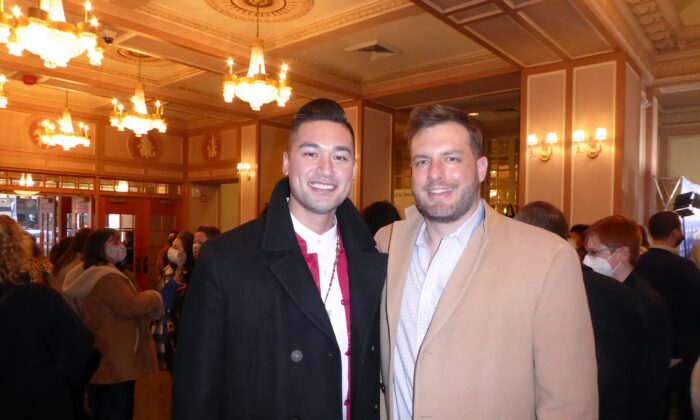 PHILADELPHIA, Pa.—Through the dance and music of Shen Yun, audiences find a way to connect to the people and history of China that is richer and more nuanced than they had encountered before—whether they work with Chinese colleagues, are Chinese-American themselves, or simply enjoy sampling the traditions of various cultures.

Shen Yun “allows the Western world a really great window into China and what’s actually going on over there, and I think that it helps us understand Chinese culture in a way that we don’t get to because of the way that the CCP (Chinese Communist Party) operates,” Mr. Loughery said.

“I think it also allows us to see the beauty of Chinese culture because many Americans—when we think of China today, we think of the communist regime, and it’s good to remind us that there are wonderful people in China, that believe in God and want a better world for everybody.”

Shen Yun’s performances highlight the centrality of spirituality, which led to the development of Chinese culture over 5,000 years. Chinese traditions place the utmost importance on the harmony between man and nature, and mutual respect among people. Through story dances, Shen Yun communicates such values.

“It seemed there was much more peaceful coexistence of different thoughts and ideas prior to the communist takeover and now it’s just one-way thinking and no other room for thought or belief, which is really, really scary, particularly in the modern age,” Mr. Loughery said.

But, through Shen Yun, he sees hope.

“I think there’s a promise that—or the potential that things can get better, that relations can improve, that life in China can get better in the future because young people will have a different perspective; Americans, perhaps though the show, better understand what’s going on over there and better know how we can help in the future,” he said.

Mr. Materkowski said that as an American-born Chinese, he absolutely loves Shen Yun “because it helps me bring my own culture, my own history, back to life, and allows me to kind of get some of those things that we don’t really get to see anymore.”

“It’s nice seeing Chinese dance brought back,” he said, adding that he’s never seen a production like this in China.

Joseph Cardullo is a quality management operations director at a pharmaceutical company. He was glad to have a glimpse into Chinese culture.

“In America, we have very little Chinese culture in our day-to-day life,” he said. “So, for me, it allows me to see perspectives into the Chinese culture here in America and for my colleagues, who, I share so much time with at work.”

The program also gave him a deeper appreciation of the Chinese peoples’ courage to stand up for their beliefs in the face of communist oppression. In its presentation, Shen Yun not only tells stories from ancient China but also depicts religious persecution in today’s China.

In one program “ladies were protesting for their beliefs, which cost her her life,” he recounted. “Here in America, we are blessed with the ability of free speech. … We as Americans probably don’t have that level of fear and don’t need that level of courage sometimes.”

Tony Sadowski, a producer for PBS and NPR, brought his family to see the show.

“It’s a hopeful story and it’s one that challenges you and it makes you think a little bit about the way people are living their lives and what kind of things are important to us, what values we should really be thinking about,” he said.

For Mr. Sadowski, Shen Yun is about “preserving a culture that is about beauty, a sense of connection to your spirituality, and to each other.”

Given how enormous world events feel right now, “this is a really hopeful and vibrant beautiful show and it’s something that I think we need right now,” he said.