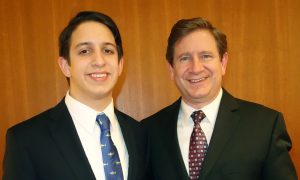 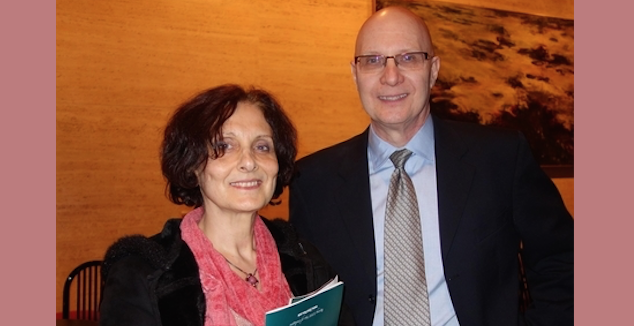 “I found it very relaxing to watch it just because of the movements, the colors, and the music,” he said.

Mr. Chrzanowski, who owns his own graphic design firm, was also impressed with Shen Yun’s-state-of-the-art digital backdrop and they way the costumes of the dancers coordinated with it.

“The colors are very vivid, I can tell they are using very good technology, because the resolution is very good. I love how they blend the colors of the clothing with the background. It’s fabulous,” he said.

His companion, Suzanne Haroun, an administrator at Texas Medical Center in Houston, appreciated the spirituality of the performance.

“The movements, the music, and the dance [are] in itself so spiritual,” she said.

Mr. Chrzanowski, said the depictions of nature and the beauty of performance felt spiritual to him.

“I think most people find a lot of spirituality in nature itself, of course this, [Shen Yun,] really brings that to light—with the beauty of it all,” he said.

Throughout history, Chinese artists found inspiration in the divine and art was meant to uplift and bring joy, both to the people who created it and those who experienced it.

According to Shen Yun’s website, for its dancers, musicians, choreographers, and composers, this spiritual connection is their motivation for striving to excel, and “it is why audiences can feel there is something different about Shen Yun.”

With reporting by Yun Xia and Arshdeep Sarao