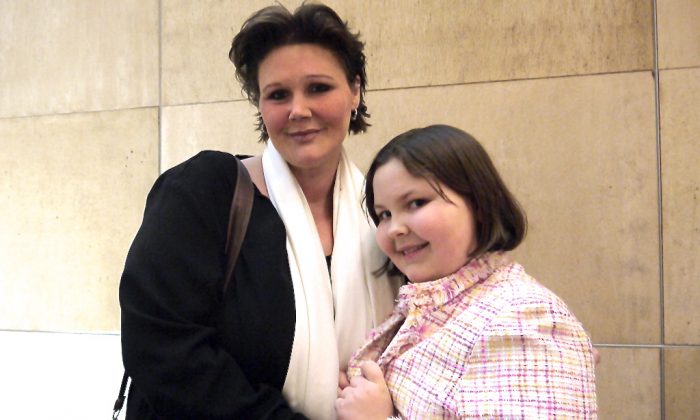 EVANSVILLE, Ind.—Shen Yun graced the stage of Evansville’s Aiken Theatre at the Centre on Jan. 29.

In attendance was Christy Hogan, a local DJ. “Oh, I think it’s wonderful, absolutely wonderful,” she said. “I enjoyed the cultural aspect of it, especially from being around here.”

Shen Yun seeks to revive 5,000 years of divinely imparted Chinese culture, a culture nearly destroyed at the hands of 60 years of rule by the current regime. Through music and dance, Shen Yun delivers its eternal messages, including benevolence toward our fellow man and respect for the heavens, to millions across the globe.

“Beautiful—I’ve always been a big fan of opera and classical,” Ms. Hogan added. “I really love the instrumentals; it’s an added-on bonus. I didn’t realize it was going to be an orchestra here, and I love that.”

Shen Yun’s orchestra features a unique blend of the distinctive and beautiful sounds of Chinese instrumentation with the grandeur and precision of Western orchestration, with a result that, according to Shen Yun’s website, produces “one refreshing sound.”

Despite the chill in the air outside, Ms. Hogan noted that the opportunity to see Shen Yun was every bit worth the cold.

“We’re second row; we’re getting to see everything up close. I wouldn’t want any other seat, either,” she said.

Every facet of the evening struck deeply with Ms. Hogan. “I think along with the music, along with the dance, the heritage, I mean, it hits in every aspect of the Chinese culture, and I think this is awesome. And it’s a good learning experience for the children as well for the adults,” she said.