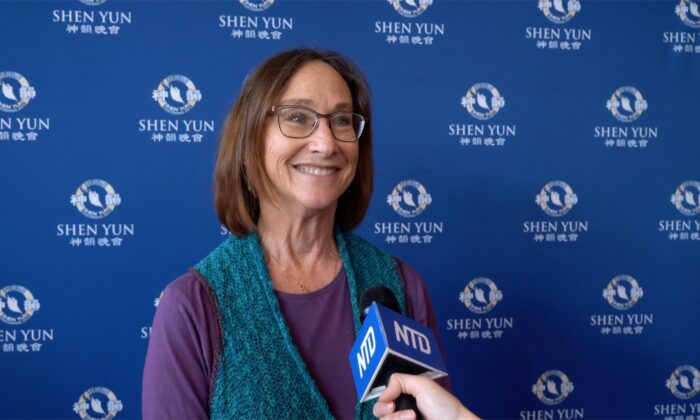 SACRAMENTO, Calif.—Sometimes we forget that although there are nearly 200 countries in the world, we have more in common than we have differences. Shen Yun Performing Arts is reviving 5,000 years of Chinese civilization and those 5,000 years contain things that everyone can relate to.

“I am a firm believer [in] any kind of cultural thing of the world,” said Kathleen Grace, a respiratory therapy manager who came to the March 17 performance with her daughter and grandchildren.

“I think people should be seeing things like that to recognize that they are just themselves in their own little tunnels. We’re one world, and we may have lots of different cultures, but there are some things that crossover. I think we need to appreciate that, and recognize that,” she said.

“It makes me start to think further about how I even deal with spirituality, and how I live my life,” said Grace, after the performance at the SAFE Credit Union Performing Arts Center.

Some of the stories that Shen Yun chooses to adapt include parts of famous literature like “Journey to the West” or “Outlaws of the Marsh.” All of the stories include a lesson of good moral standing and beauty.

“I like the stories about morals and even some of the spirituality that went along with that. And I just thought it was very good all-around,” she commented.

“The dancing is probably not considered acrobatic, but it is acrobatic. But it’s very good, very physical, and that’s really enjoyable to watch,” Grace said.

“Putting that all together, because I enjoy gymnastics, my grandchildren are all in gymnastics. They’re all in ballet. But to watch everything together, it’s just great. And it’s interesting to know that it kind of came from China, and it migrated to the rest of the world,” she continued.

Apart from great stories and music, Shen Yun also features the many ethnic groups of China in their dances. These include ethnic minorities like the Mongolians of the north, the Tibetans of the west, and the Yi of the south.

“The other thing that was interesting to me is I didn’t expect them to go through different regions of China, because I don’t know anything about that. So that part was very interesting also,” said Grace.