Shen Yun Portrays ‘What real China is all about’ 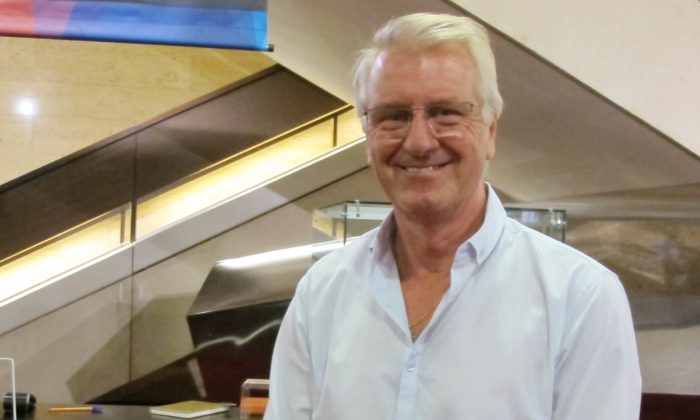 ADELAIDE, Australia—Rob Thompson said he was able to see the real China after seeing Shen Yun Performing Arts on Feb. 20 at the Adelaide Festival Theatre.

Mr. Thompson lamented the loss of the real China in today’s modern China under communist rule.

“What we are told today about China is very different to what real China is all about,” Mr. Thompson said. “What I know of the culture and what we see is not the culture that I saw tonight. This is much better than what we know of China at the moment.”

Shen Yun is a New York-based classical Chinese dance and music company with a mission to revive 5,000 years of authentic Chinese culture and heritage that had been systematically destroyed under communist rule.

Chinese culture stems from traditional values that have sustained and created cultural expression for thousands of years. However, these values have been replaced in China by communist ideologies after the Cultural Revolution. Shen Yun performances bring back these lost traditional values to the world on stage.

Mr. Thompson, an engineering manager, found the performance very educational and was able to further his knowledge about Chinese heritage.

“The Chinese people are a spectacular people and they have a wonderful heritage. The heritage is something we have to hold on to. And I think what they showed tonight was a heritage of China that people are very proud to hold on to,” Mr. Thompson said.

He also enjoyed the live orchestra and felt that the music was very powerful.

Shen Yun’s orchestra is unique as it seamlessly blends a Western orchestra with traditional Chinese instruments producing a harmonious sound.

Mr. Thompson said that he would recommend the performance to other people. “I think it opens their eyes to see a different side of China that people understand today.”

George Liptak said he was impressed by the talent of the performers at Shen Yun.

“I’m just finding it an amazing experience. It’s just incredible. I’ve never seen anything quite the standard that this one is. It’s superb!” he said.

Mr. Liptak is a retired university lecturer who attended the performance with his wife, Aileen Liptak. He expressed his fascination for Chinese history, which he believes is important for people to understand.

“It really gives an in depth look into the history of China and I believe that’s really important for us to understand,” Mr. Liptak said.

“It’s fascinating to think something that obviously goes back thousands of years. We don’t have that. It’s just incredible to see it. It’s quite obvious those dance routines have come to be over many centuries of time and through many many people over the history. It really is something special for us.”

His wife also enjoyed the stories portrayed in the performance and found them engaging.

“The story behind the dances is enlightening and very informative. It’s an education,” Mrs. Liptak said.

The couple found it a shame that Shen Yun is unable to perform in China.

“It’s a tragedy that it’s not able to be performed in China. I find that rather sad,” Mrs. Liptak said.

However, they were grateful of having the opportunity to be able to see it in Adelaide.

“We thank them very much for coming to Adelaide and performing and the opportunity for us to come here to see it. It’s wonderful,” Mrs. Liptak said.

Natalia Lombardi and her daughter, Nina Lombardi, thought the performance was “absolutely gorgeous.”

Ms. Lombardi, a community coordinator and former linguistics lecturer, had bought tickets to the performance for her daughter’s birthday.

After watching the performance, she said she had enjoyed the dancing and was impressed by the synchronisation of the dancers.

“The whole dances are absolutely synchronised. It’s like one. It is really difficult to keep up with the synchronisation and they keep the attention,” Ms. Lombardi said.

Ms. Lombardi thought the stories portrayed in the performance were beautiful.

She also found the performance educational and believes there is much, for other countries, to learn from the traditional ancient Chinese culture and philosophy.

“Personally I think from their wise attitude and philosophy. Not just tradition but also philosophy,” Ms. Lombardi said.

Ms. Lombardi’s daughter, a high school student, said she was also amazed by the performance.

“I think the show is amazing and I’ve never seen dancing like this before—The dancing was just beautiful,” Miss Lombardi said.

Audrey Weigh said she “thoroughly enjoyed” Shen Yun after seeing the performance for the second time.

Ms. Weigh is a retired ballet teacher, danced with the Nassau Civic Ballet for three years and taught for the royal Academy of Dance in England. She is also an accomplished author who has published many novels including Ballet for Two and Hester’s Choice.

She expressed her happiness when watching the performance and was impressed by the choreography and techniques of the dancers.

“The precision is really good, the first time I was really really impressed with the precision,” Ms. Weigh said. “And the timing when they jump—when they seem to jump out of the screen. I thought wow that was clever timing.”

Ms. Weigh really enjoyed the dance In a Village of the Hmong, she loved how the bells added to the delight of the performance. She said she was familiar with the silver jewellery used in the dance. “I’ve actually been to that place and bought some of that jewellery.”

At the heart of Shen Yun is classical Chinese dance, however, the performance also portrays ethnic and folk style dances such as the Hmong Dance.

The brilliant colour displays of the Shen Yun costumes dancing across the stage in front of the state of the art digital backdrop left Ms. Weigh in awe and appreciation.

“You don’t need to know anything about the costumes to just sit back and watch the colours, very nice.”

She said she would recommend the performance.

“I have ordered a calendar to show my neighbours as it is too difficult to explain. You have to see it,” Ms. Weigh said.