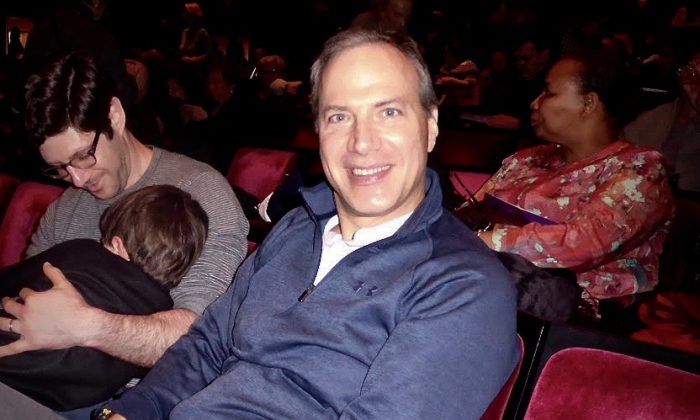 NEW YORK—China has a rich history and culture so profound that the country was once known as a “Celestial Empire.” The ancient people upheld Confucian values like benevolence, righteousness, and propriety and strove to lead virtuous lives.

But six decades of communist rule was all it took to nearly reduce 5,000 years of majestic civilization into dust. Ancient relics and antiques, calligraphy and paintings, classic books, and scriptures were burned, while temples and statues were smashed to pieces. From that point on, Chinese culture was never the same again.

For more than a decade, Shen Yun Performing Arts has tried to revive authentic traditional Chinese culture and bring it to the world through performing arts. Their efforts were appreciated by lawyer George Canellos who attended one of its performances in New York City at The David H. Koch Theater at Lincoln Center on Jan. 13.

“I felt very moved by the fact that I’m seeing authentic Chinese dance and performances that can’t necessarily be accessible to people in China,” Canellos said. “So it does remind you of the importance of our first amendment and open communication.”

Canellos is the global head of litigation and arbitration of New York-based law firm Milbank, Tweed, Hadley & McCloy. Prior to that, he worked at the U.S. Securities and Exchange Commission.

Like Canellos, many Shen Yun’s audience members are surprised when they hear from the emcees that Shen Yun can’t perform in China today.

With Shen Yun performing in over 100 cities around the world a year, the performance is like a window into a cultural treasure that is nearly lost. Canellos said this mission is outstanding.

“I hope that it gets noticed throughout the world,” he said.

Canellos was particularly impressed by the voice of the tenor, describing it as “extremely soothing.”

“I thought the tenor’s voice was beautiful,” he said, adding that the song’s lyrics portrayed “something fairly unique from the perspective of what we experience here in New York or in the United States.”

Along with classical Chinese dance, Shen Yun also features solo vocalists who sing using the bel-canto technique—a technique believed to produce the most beautiful and pure tone of voice.

The vocalists perform original works, as the program explains, with lyrics brimming with philosophical reflection about human life and containing deep layers of meaning. These songs inspire the listener and encourage personal reflection.

Canellos also enjoyed visiting different regions of China through the diversity of ethnic and folk dances showcased on stage.

“The diversity of the dance including the horses, the horse riding Mongol step, as well as all other geographic areas plus ethnic areas of China has been fascinating for me,” he said.

With reporting by Frank Liang and Janita Kan.