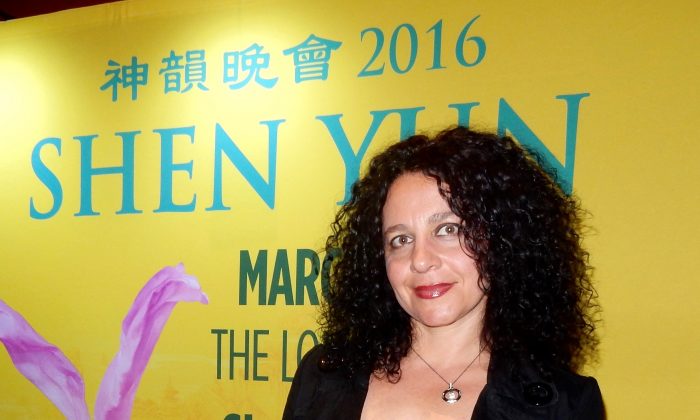 AUSTIN, Texas—Cellist Naira Winbigler is an obvious lover of the arts, but had for various reasons missed out on seeing Shen Yun Performing Arts every year, she said. When she was finally able to attend on March 21, she found herself whisked away to a place not in America, not to a spot elsewhere in this world, though perhaps to an ethereal mountaintop in China.

But it sounded like the artists knew exactly where they wanted to take the audience, exactly how that place would sound, and exactly how to present it, she said.

“[The] orchestra brings it all,” Ms. Winbigler said. There was a cultural identity of the soft, elegant gracefulness of the feminine and the strength of the masculine brought out in both the dances and the music.

The China Shen Yun shows is a spiritual one, Ms. Winbigler noted. Before communism took power in China in 1949, for 5,000 years the civilization was one believed to be passed down from the heavens. With the atheist communist regime in place, traditions were uprooted, oppressed, and banned.

The New York-based performing arts company seeks to revive the authentic traditional culture. Ms. Winbigler saw that evident in every aspect of the performance.

It was in the colorful costumes, which reminded her of spring in how flower-like the original, handmade pieces were. It was in the character of the people in the stories, like a young family steadfast in their faith, portrayed through classical Chinese dance. It was in the music itself, in the use of the dynamics and instruments, like the heartrending few bars of music played by one violin during a somber scene.

“It is all throughout the whole performance,” Ms. Winbigler said.