Shen Yun ‘Opens Up the Soul’ 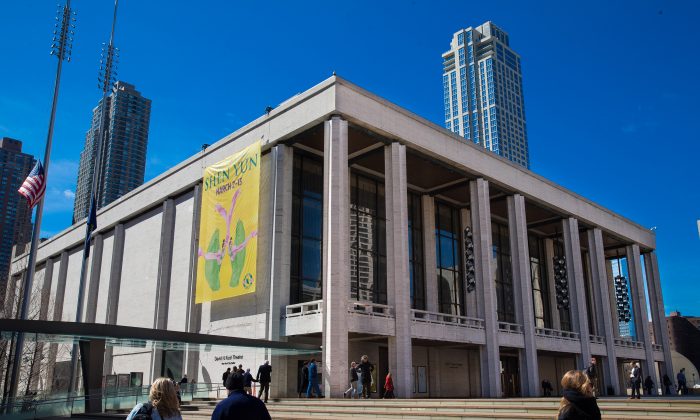 NEW YORK—Through music and dance, Shen Yun Performing Arts aims to show the 5,000 years of Chinese civilization, said to be divinely inspired. According to Bob O’Brien, the roots of that traditional Chinese culture extend even farther beyond that.

“I thought it otherworldly,” he said of the culture. He felt it was established before we were even a planet, and the deep roots came through in the performance.

In the opening scene, we see the ancient civilization’s inception. The Creator calls on divine beings to descend to earth, fulfilling their sacred vows, according to the program notes. These beings are shown to establish the great dynasties of China, informing the attire, way of being, and even how society is governed. It is the creation myth of traditional Chinese culture.

If you’ll notice, Mr. O’Brien said, the spirits descending went to all parts of the galaxy, establishing the roots of this “very powerful, very rich” culture. “That was not by accident,” he said.

The effect, he said, was “heart-opening.”

“The spirit of my heart opens up. A spiritual awakening,” he said. He felt this awakening sensation through the dance and through the music.

The music, he said, has “a discord and harmony that causes an imbalance with a flowing harmony, and those kinds of energy and harmonics open up your spirit; very much a spiritual awakening,” he said.

The dance, too, had a flow to it, created by the wind and fabric through the movement.

It is his nature to be scientific, he said with a laugh. But that is not at odds with the profound spirituality he saw in the culture onstage. It reinforced the fact that the goodness he saw was universal.

It also reinforced the idea of the necessity of culture and human traditions.

“Humans, without traditions, would be forced to make our mistakes all over again,” he said.

And the traditional Chinese culture had much to share by the way of wisdom. His Irish roots go far, far back, but not 5,000 years, he said.

“[The Chinese] had fire while we were still in a cave,” he said.