Shen Yun Opens on Gold Coast to a Packed House

'It was superb' says theatregoer 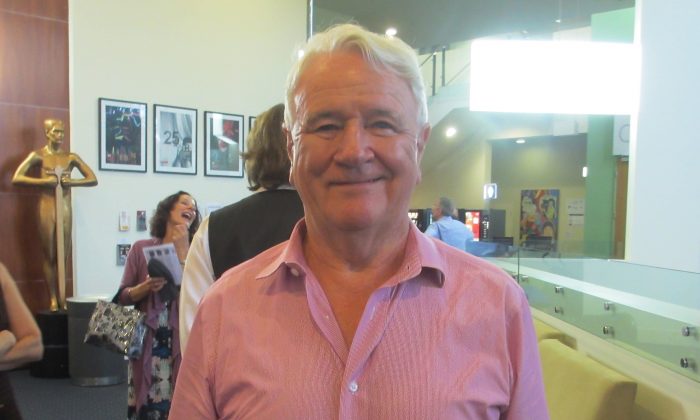 Leslie Benson, who lives at Hope Island on the Gold Coast, was especially surprised.

He was seeing for the first time the New York-based classical Chinese dance and music company’s presentation on Saturday afternoon.

“It far outweighed my expectations,” he said. “I turn 70 on the 14th of February and I have never seen anything like it before—it was superb.

“Their athleticism, fitness, dedication, and preciseness, and the music was superb. The singing was fantastic. Everything, I could not speak highly enough.”

Formed in 2006, a talented group of award winning artists came together with a vision to breathe new life into China’s 5,000-year-old traditional culture—destroyed by 65 years of communist rule—and to share with the world.

“Sophisticated dance techniques, an orchestra joining instruments from both the East and West, beautiful costumes, and a stunning back drop—this is Shen Yun at first glance,” says Shen Yun website. “But digging deeper, one discovers a sea of traditional Chinese culture. Mortals and divine beings merge on stage as one. Principles such as benevolence and justice, propriety and wisdom, respect for the heavens, and divine retribution, all come to life, washing over the audience.

“I am tongue tied,” Mr. Benson said. “You could not ask for better.”

He said he would urge others without hesitation to see Shen Yun perform.

“Please see it as quickly as possible, don’t miss it. It is fantastic.”

Administration-receptionist for a women’s service, Carol Graham, who lives on the southern side of the Gold Coast, was also in the audience enjoying Shen Yun’s performance.

She was also seeing the New York Company perform for the first time.

She said she loved everything about the performance, particularly the radiant costumes and the story-based dances.

The website says, “Shen Yun’s mini-drama pieces draw upon stories and legends that span China’s history from the Yellow Emperor and through the Tang and Song dynasties and all the way to the modern day. A unique feature of Chinese civilization is that its history has been documented and passed down uninterrupted for 5,000 years, sometimes in vivid detail. This provides Shen Yun with vast source material, making it possible to revive this ancient culture on a present-day stage.”

Ms. Graham said she and a friend often attend different kinds of shows at The Arts Centre Gold Coast so when her friend phoned to say she can get tickets, Ms. Graham jumped at the chance.

“Extremely well done and there an absolute credit to the message they’re trying to get across. I think it’s awesome that they’re able to keep the history of China’s dance alive, even if it’s outside of China—unbelievable,” Ms. Graham said.

‘I love their lovely smiles’

She was seeing the performance a second time after about five years, she said, because she loved Chinese music.

“Ancient Chinese instruments such as the soul-stirring erhu and the delicate pipa lead the melody on top of a full orchestra of Western strings, percussion, woodwinds, and brass. The Western orchestra with its energy and grandeur, and the Chinese instruments with their distinct tones and styles, create a dramatic new sound.”

A member of the Arts Centre, Kate James, was at the performance with her mother, Janet Hyland who bought Shen Yun tickets as a birthday present for her granddaughter Bella James.

Her mother was not only amazed by the costumes, but was also amazed with the digital backdrop scenes and the story-based dances.

As explained on the Shen Yun website, “classical Chinese dance is at the heart of what Shen Yun does. Known for its incredible flips and spins, and its gentle elegance, it is one of the most rigorous and expressive art forms in the world.”

“My daughter’s a dancer so she’s been asking and asking for her birthday to come, so grandma brought birthday tickets,” Mrs. James said.

Miss. James said she wanted to dance like the Shen Yun dancers when she grows up.

“Just the stability and how they can hold it in the air as well, just the split jumps in the air and everything,” she said.

Ms. Hyland said she could learn about the different cultures through the story-based dances and enjoyed the music very much.

The website says, “Shen Yun’s mini-drama pieces draw upon stories and legends that span China’s history from the Yellow Emperor and through the Tang and Song dynasties and all the way to the modern day. A unique feature of Chinese civilization is that its history has been documented and passed down uninterrupted for 5,000 years, sometimes in vivid detail. This provides Shen Yun with vast source material, making it possible to revive this ancient culture on a present-day stage.”

“It was a magnificent performance. I really enjoyed it very much,” Ms. Hyland said.

Her mother said, “I just thought it was spectacular, it was really good to see the dancing and they’re very talented—I’m very moved.”