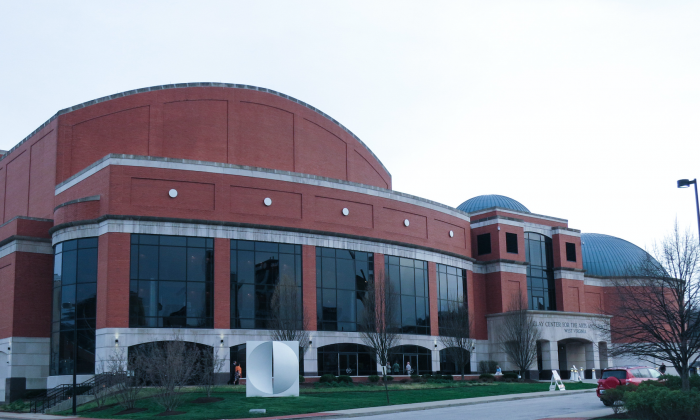 CHARLESTON, W. Va.—It was a night that students in West Virginia are not likely to forget. Many of them had waited to see Shen Yun Performing Arts, and 67 of them finally got their chance on March 30 at the Clay Center for the Arts & Sciences of West Virginia.

“You do not want to miss it. It is an experience you don’t want to forget,” said Barbara Cary, Director of TRIO Programs at West Virginia State University (WVSU). “For your young people to be able to go through it, and so many of them had been waiting, and they couldn’t wait, they couldn’t wait.”

The 67 students were part of the Federal TRiO Program—a federal outreach and student services program that includes academic advisement but also attending cultural activities such as performing arts.

Student Jenaee Remy was elated and grateful for the chance to see Shen Yun as part of the Upward Bound Math/Sciences program at WVSU: “I’ve been waiting to see this for the past four years.”

“I’ve been wanting to see it really bad and Upward Bound gave me the opportunity to see it,” said Ms. Remy, who has a keen interest in Asian culture and is planning to undertake international studies with an emphasis on East Asian culture at WVSU next year.

Ms. Cary explained that the TRIO programs seek to inspire young people to go to college and Shen Yun “was an excellent cultural, educational enrichment type of experience. And what I loved about it was that there was so much history. They’re young people, and so a lot of times, they may not know the history of China.”

In fact many of the stories in Shen Yun have never been seen in mainland China since the Chinese communist regime has sought to destroy traditional culture and values. Ms. Cary noted that this part of the performance, this knowledge, particularly resonated with her.

“I loved when [the emcee] said, that in China we wouldn’t be able to tell the story. In China, this truly happened,” said Ms. Cary referring to the narrative of the story-based dance where people stand up for their freedom of belief.

It brought that history and narrative to life for the students as well.

“You know [it happened], but when you read it in a Chinese book, it may not show that. But Tiananmen Square really happened. People have lost their lives for rights such as this. So to be able to see it in an artistic form and to never ever be able to forget it was, I think, an immense benefit to our students,” said Ms. Cary.

Savannah Johnson, Director of Upward Bound Math/Sciences at WVSU didn’t get to see Shen Yun last year, and when she attended with this group of students she enjoyed the cultural aspects as well as a deeper message.

“I thought it was very beautiful. The message was absolutely wonderful—freedom of speech, being able to be your religion and not be persecuted for it … I felt their pride and it was just absolutely beautiful,” she said.