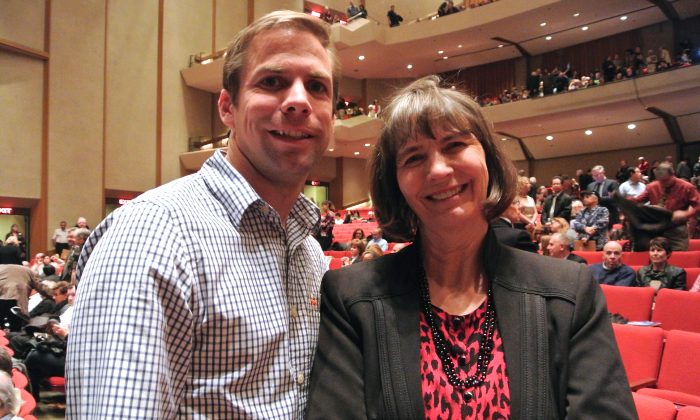 SACRAMENTO, Calif.—Pianist Colleen Matthews had wanted to see Shen Yun Performing Arts for years and found the chance again this year upon receiving a flier.

“I saw a flier a few years ago, and I really wanted to come,” Mrs. Matthews said with her son Kurt at the Sacramento Community Center Theater, Jan. 15.

Based in New York, Shen Yun revives 5,000 years of Chinese civilization through the performing arts.

The dancing had been spectacular and the stories were easy to follow, Mrs. Matthews said, but the instrumentation of the orchestra had caught her attention.

Shen Yun Orchestra is unique in its blending of traditional Chinese instruments and a full Western symphony, which was different for Mrs. Matthews.

“I really like it,” Mrs. Matthews said, in wonder at the different sounds that came together in the orchestra. Instruments like the two-stringed erhu and the woodwind suona, which plays bright and clear sounds similar to birdcalls, play alongside violins and flutes.