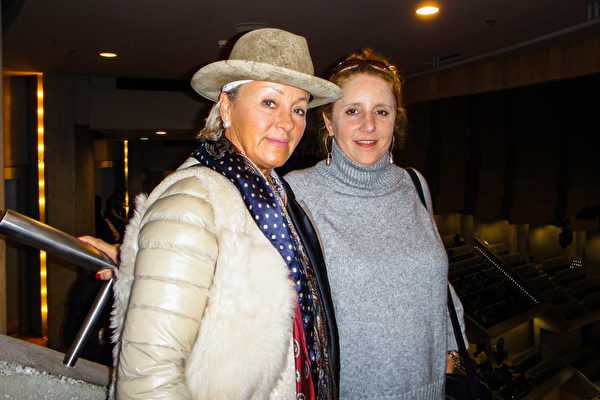 TORONTO—After putting on 10 performances in Asia, Shen Yun Symphony Orchestra started the North American leg of its world tour with a concert at Toronto’s Roy Thomson Hall on Oct. 6.

Kelly Pavelick, a writer, said the performance was “inspiring and exhilarating.”

The performance was so moving for Ms. Pavelick, in fact, that she said tears came to her eyes.

“I started to cry. But so did people in my aisle, they were crying. It was that touching,” she said.

Shen Yun started its world-wide classical music concerts after the success of its sold-out dance performances. One of the unique elements of the Shen Yun orchestra is its combination of classical Western and traditional Chinese instruments.

“First, the Western orchestra serves as a foundation, accentuating the distinct sound of Chinese instruments,” explains the Shen Yun website. “Second, the bedrock of soul-stirring melodies from the ancient Middle Kingdom is fully brought to life by a Western symphony. This is what makes Shen Yun’s music unique and is a new frontier in classical music.”

Ms. Pavelick said Shen Yun musicians are “the best in the world,” and listening to their music made her “feel cleansed.”

“It was so powerful.”

Jojo Taylor, an entrepreneur and philanthropist who accompanied Ms. Pavelick to the concert, said the Shen Yun music was “from heaven.”

Ms. Taylor added that she felt “connection with the divine” while listening to the music, adding that “it’s apparent that the orchestra has a gift to express music through divine connection.”

After taking in the performance, Ms. Pavelick said she feels closer to God, and feels uplifted.

“I’m a little bit at loss for words, because it’s really quite so powerful. And the standing ovations were beautiful,” she said. “It’s joyful, powerful, emotional, and inspiring.”

With reporting by Teng Dongyu