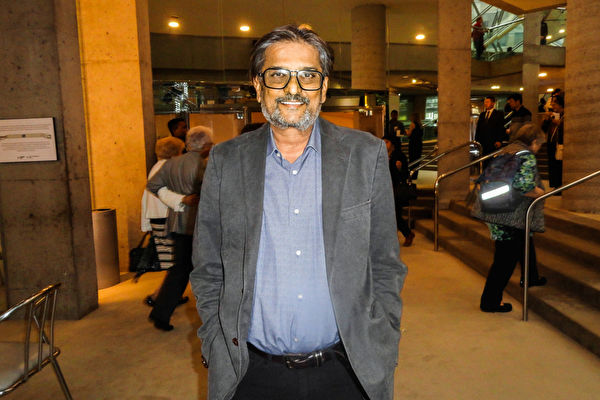 TORONTO—Businessman Ajit Someshwar took a respite from everyday worries at the Shen Yun Symphony Orchestra the afternoon of Oct. 6, 2019.

“It’s very blissful music, beautiful,” said Someshwar. “It was a very energetic feeling, but at the same time, very peaceful.”

As an entrepreneur, Someshwar owns businesses in information technology and real estate. He is also co-founder and former chair of Canada India Foundation—a public policy organization.  In addition, he is active as a philanthropist and social activist.

At the Shen Yun concert, his thoughts were on the music and artistry he was witnessing. He was especially impressed by the piece “Mongolian Spirit,” which brings to mind scenes of galloping horses and flying eagles across boundless grasslands. The piece also uses strong rhythmic beats that echo the Mongolians’ respect for the divine, according to the program book.

“[The piece] ‘Mongolian Spirit’ was phenomenal,” said Someshwar. The horse movements… and the crescendo was simply superb.”

He remarked on the ability of the orchestra to combine Eastern and Western instruments to create one harmonious sound. “They were very beautifully done. I think all the instrumentalists were phenomenal.”

The Shen Yun Symphony Orchestra describes its vision of classical music on its website as one of beauty that inspires people to greater things.

“That is true. I see that in the concert. It was wonderful,” he said.