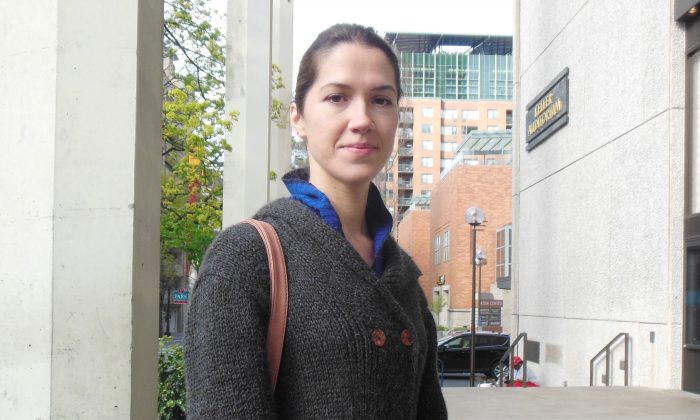 PORTLAND, Ore.—For its second day of performances at Portland’s Keller Auditorium on March 28, Shen Yun Performing Arts forged special connections with many audience members, specifically for those associated with dance.

Tatyana Martyanova, who has performed professionally among a wide range of both classical and contemporary dance repertories, took note of Shen Yun’s special energy and high-level choreography.

“You can definitely feel the energy,” she said. “I was impressed how together they were physically, as well,” she added, commending the synchronicity of the dancers in their large-scale dance pieces.

Ms. Martyanova was also impressed by Shen Yun’s inner meanings, which she felt helped to broaden the audience’s understandings. “I like the fact that a lot of it was focused on human freedom,” she said. “I like how it teaches to not be focused on one thing, but kind of have the open mind and be free and not be judgmental.”

Overall, Ms. Martyanova said that she will walk away from the performance feeling inspired: “It was nice to see a good quality. You definitely see that the dancers are well trained, so as a professional dancer, it’s inspiring to see a good quality when artists care and really perform to their best ability.”

Maggie Hartley, a ballet student, was also in attendance for the performance.

Ms. Hartley was also impressed by Shen Yun’s use of props, which represent different aspects of the culture, the particular dances, and precise emotions.

According to Shen Yun’s website, “When used to maximum effect, [the props] add to the dances an extra lively spark, forming stunning images of beauty and splendor onstage.”

“I loved the silks they used,” Ms. Hartley added. “They used capes and streamers that reflected the light. It was beautiful.”

In all, she noted how the inner meanings conveyed through the performance reminded her of “how strong you can be, and the life you have to live through to get to the point where you can … experience all that you want to.”