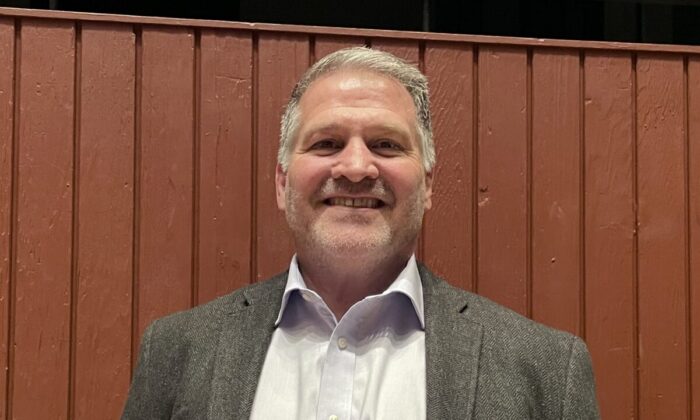 CEO Kevin Lowther said he walked out of Shen Yun’s evening performance, at Pikes Peak Center for the Performing Arts, with a different outlook on life. (Sherry Dong/The Epoch Times)

COLORADO SPRINGS, Colo.—Kevin Lowther, a business developer and the CEO of Mine Vault, has always known that there is art and beauty in every aspect of life. After attending Shen Yun’s evening show at the Pikes Peak Center for the Performing Arts on Jan. 19, his belief deepened.

“Everything you do in life has some type of artistic format, whether it’s in business development or [something else.] When you see art [manifest] in a different form, it resonates with you to want to be more creative.”

New York-based Shen Yun Performing Arts was founded in 2006 by a group of leading Chinese artists who had fled the persecution of China’s ruling communist party. Following the regime’s violent takeover in 1949, Chinese traditional culture went through a period of mass destruction.

According to Shen Yun’s website, the artists’ mission is to bring China’s 5,000 years of divinely inspired culture back to life and share with everyone the beauty of “China before communism.”

“When you see professionalism, and the beauty and heart that people put into showcasing it, everybody in the audience [can feel it]. It’s just beautiful,” said Mr. Lowther, who was happy to see his point proven by the audience’s standing ovation at the end of the evening.

Referring to the persecution Shen Yun artists faced at the hands of the Chinese Communist Party, Mr. Lowther said “it makes you think of life differently.”

To see what the people have to live through, to see that they can still find beauty in art and come out of [the persecution] with a pure heart, you walk out of [the show] with a different perspective.
— Kevin Lowther

“To see what the people have to live through, to see that they can still find beauty in art and come out of [the persecution] with a pure heart, you walk out of [the show] with a different perspective. It’s just a really unique feeling, a really unique experience to look at things in a more beautiful way.”

Today, Shen Yun is the world’s top classical Chinese dance and music company. To satisfy popular demand, it has grown to include eight equally-sized companies that perform yearly in packed venues around the world.

Mr. Lowther applauded Shen Yun’s strength and tenacity. “It’s remarkable how mankind can overcome the hardships that goes on to carry their message out to create hope, to create love, and to create beauty. It’s amazing.”