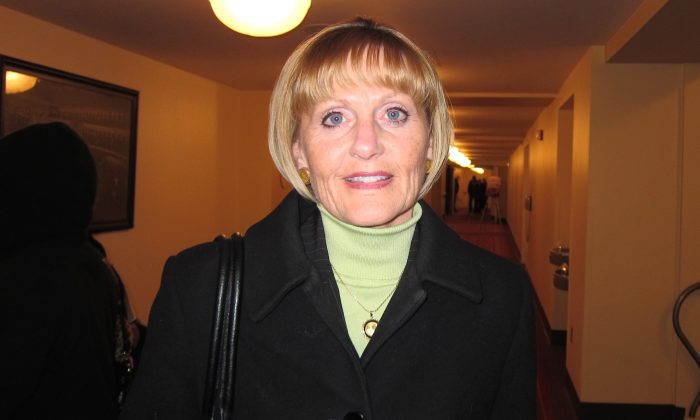 MILWAUKEE—“Enlightened, I guess I would say,” said Kerry Barlow. “I enjoyed it; it was refreshing. Something different to see.” She was referring to the after effect of seeing the premier classical Chinese dance and music company, Shen Yun Performing Arts, at the Milwaukee Theatre, on March 6.

Shen Yun takes the audience through 5,000 years of divinely inspired culture from ancient times to present with beloved myths, legends and history.

Ms. Barlow found Shen Yun to be interesting in every aspect, be that the dancing, music, or the stories being told.

“It was fascinating; I’ve never seen anything like it before,” she said.

The heart of Shen Yun is classical Chinese dance with its distinct system of form, expression, and difficult twists, flips, and leaps.

“The dance was just so graceful and they just were so in sync and just quiet on the stage. It was just very interesting. Everything was so synchronized. It was just beautiful,” she said.

Shen Yun tells stories through some 20 performances of dance, music, and vocal soloists.

“It all was telling a story which I thought was very interesting. So, if you were really focusing on what they were doing, and how it was all moving along in the storyline, there was a story to it,” Ms. Barlow explained.

Ms. Barlow saw value in Shen Yun’s mission to bring back this traditional culture which was almost destroyed by communist rule, “especially if they can’t enjoy their own culture and they bring it here,” she said. “And we will enjoy it.”

She concluded with the thought, “I would recommend Shen Yun to anybody, anybody at all that would love good music, history and culture, and fantastic dance.”