Shen Yun ‘Made Me Want to Be a Better Person,’ Actress Says 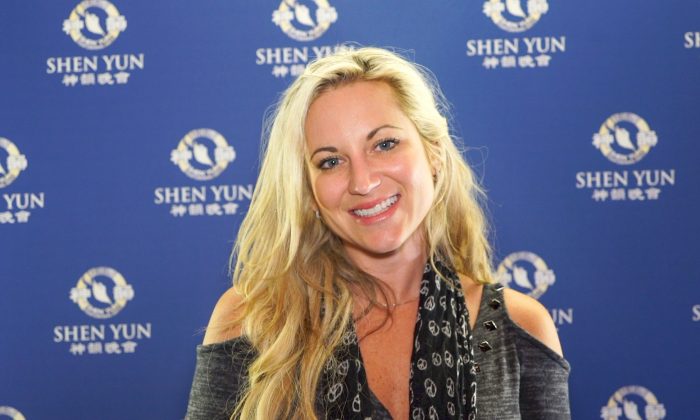 “I was blown away. It was better even than I expected it to be. … I was in tears at some points because it was breathtaking and beautiful.”

“I was very touched by many [of the] performances, but I think the ones that had a message behind them, about transformation, peace, and bringing peace back into the world were the ones that hit me the most.”

“What I perceived from the performance was that the world is heading in a positive direction.”

“Every piece of movement that they did had positivity. Their smiles, their energy made me feel energized to promote positivity.”

“I think their practice [spiritual cultivation] can help their performance immensely because I felt that they were spiritually moved by every single movement they made. And it made me feel moved.”

“It made me want to be a better person.”

“I would tell my friends to see Shen Yun because it is life-changing. You walk away feeling positive and like you want to help the world to be a better place.”