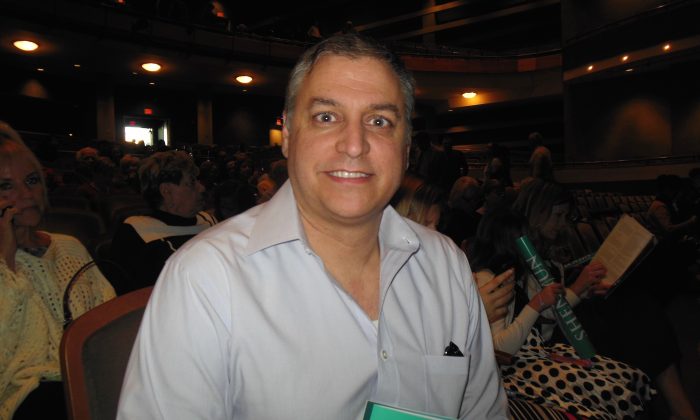 AUSTIN, Texas—For Dave Cooper, it wasn’t only Shen Yun’s “stunning beauty” that drew him to watch Shen Yun for a second year.

“[What] impressed me the most is that I love the message, the preservation of the culture, the presenting of the show,” said Mr. Cooper, chief operating officer of Personify, a relatively large Boston-based software company. He saw Shen Yun at the Long Center for the Performing Arts on Dec. 29.

Based in New York, Shen Yun aims to revive China’s divinely-inspired culture. The company travels the world each year with a completely new program.

“For 5,000 years divine culture flourished in the land of China. Humanity’s treasure was nearly lost, but through breathtaking music and dance, Shen Yun is bringing back this glorious culture,” reads the Shen Yun website.

Elaborating further on Shen Yun’s revival of Chinese culture and the themes in the performance, Mr. Cooper said: “I think the preservation of the ancient knowledge that has been lost to some extent in modern day China, about coming from heaven, and the purpose of Earth life, the need to do good, and the power of compassion, that kind of messages I think is great,” said Mr. Cooper.

“You feel that as you are watching and listening to it, hearing the story about it, you can feel the truth of the message,” Mr. Cooper said. “They just resonate truth, I think.”

Mr. Cooper said he was also impressed by the physical talent of the dancers, who seamlessly perform the demanding moves and flips of classical Chinese dance.

“The artistic value is incredible, and I think that this shows that it takes years of physical mastery to be able to do the dance,” he said.