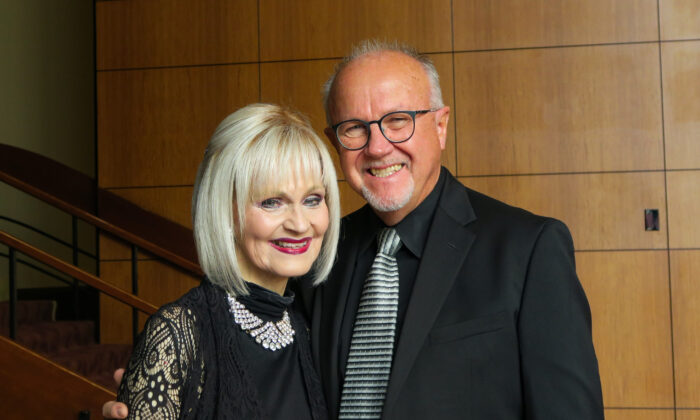 FRESNO, Calif.—On the afternoon of Oct. 31, while many in town were gearing up to go trick or treating, those opting for some top-notch entertainment were at William Saroyan Theatre experiencing China’s glorious culture through dance and music. Shen Yun had arrived just the day before for a two-day run.

Shen Yun, a New York-based classical Chinese dance and music company, has become world-renowned for its colorful and touching performances since its inception in 2006. Its mission is to reawaken the world to what China was like before the communist takeover in 1949.

Arnold and Gwen Tackett are both counselors and pastors. They learned of Shen Yun through television and were duly impressed by the colors, acting, and the overall effect of the production.

“The colors are breathtaking, the dance moves are just amazing,” Mr. Tackett said. “The athletic ability is just unprecedented … I knew that it was going to be great. But this is just totally over the top!”

“We expected it to be excellent but I did not expect it to touch me like it did,” she said. “I think that the Chinese culture is amazing, but with communism on top of it, there’s that oppression … and I think it depicts how beautiful freedom is. Freedom is so important to all of us and when there is no freedom, it weighs people down under a heavy load.”

I think I will always have a deeper understanding now of the Chinese culture—a greater appreciation for it.
— Arnold Tackett

Mr. Tackett added that he appreciated the contrast between modern China and how it used to be, in particular depicting true stories about how religious believers prevail despite being persecuted for their faith.

“I think I will always have a deeper understanding now of the Chinese culture—a greater appreciation for it, their heritage and really how God created them to be,” he said.

Commercial pilot Lawrence Golomb, who was also in the audience, noted the scenes where divine beings come to earth to save people, as told by Chinese legends. Traditional Chinese culture is deeply ingrained with the traditions of Daoism, Buddhism, and ancient folklores. Many of these stories have been rewritten by the atheist Chinese Communist Party.

“I’ve been noticing a lot of parallels between Christianity and some of the beliefs that are presented here as well, so I found that very interesting,” he said.

Despite their ban from the Chinese mainland, Shen Yun performers are committed to spreading the true Chinese culture far and wide, all the while pointing out the fact of cultural and religious persecution taking place in China today.

“I applaud that. I don’t think anyone should be oppressed, in the sense that they can’t actually express who they are,” Golomb said. “I’m afraid that there’s an aspect of that in our country, where there is a fear to speak up as to who you really are because you know you’re going to offend someone.”