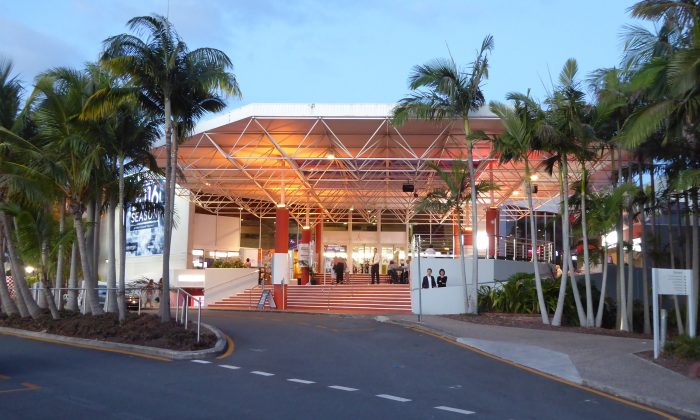 “The spirit of youth, the spirit of freedom, it is magnificently choreographed—lifts my heart,” he said.

Dr. Strum, a retired forensic scientist and author, experienced the beauty of the matinee performance of Shen Yun at the Arts Theatre, The Arts Centre Gold Coast on March 5. He said he loved ballet and had been going to see ballet since he was 18, and now he is also devoted to classical Chinese dance, Shen Yun.

“I think dance is the greatest art form because it’s three dimensional,” he said. He loves Shen Yun because “I love the freshness, the youth, the spirituality of the performance—and my love of the message.”

“Through the universal language of music and dance, Shen Yun weaves a wondrous tapestry of heavenly realms, ancient legends, and modern heroic tales, taking you on a journey through 5,000 years of Chinese culture. Its stunning beauty and tremendous energy leave audiences uplifted and inspired,” the website states.

Dr. Strum said he sees life divided into two things, spiritual and temporal and neither can be ignored. He loved the spiritual aspect of Shen Yun and feels it can never be squashed.

“By suppressing the spiritual, then you’re damaging creation. You must allow both … ,” he said.

“The spiritual thing in there is very well portrayed. The choreography is wonderful. The background, the film background, is superb. I’ve never seen anything like this.”

The Shen Yun website states, “For thousands of years, Buddhist, Taoist, and other disciplines were at the heart of society. Calligraphy, music, medicine, attire, and much more were said to have been passed down from the heavens.”

But unfortunately the communist regime has systematically destroyed this culture, seeing it as a threat to its existence and restricting freedom of speech and freedom of belief and persecuting those who refuse to give up their beliefs.

Dr. Strum does not believe the spirituality within all of us can be eradicated through brutality, it is eternal and will survive.

“You can’t suppress it. Spirituality is a personal thing. Different for different people. But it can’t be suppressed by the temporal,” he said.

“The people who suppress spirituality and freedom go through their own ends. They might as well catch the air. The air escapes through their fingers. They can’t do it. It’s strong. It’s stronger. I think that’s the message. The thing is, that despite all the force, people will break through.”

Dr. Strum said Shen Yun could not be broken down into words, it was something that has to experienced.

“I’ll settle for the freshness. These dancers exhume the spirit of life, despite the suppression, they’re alive. They’re young, they’re full of hope. They’re courageous. They’re beautiful. They’re everything. I don’t think I can say more than that,” he said.

“It just is. I can’t analyse it. This has to be experienced. Beautiful! Beautiful! Just beautiful!”