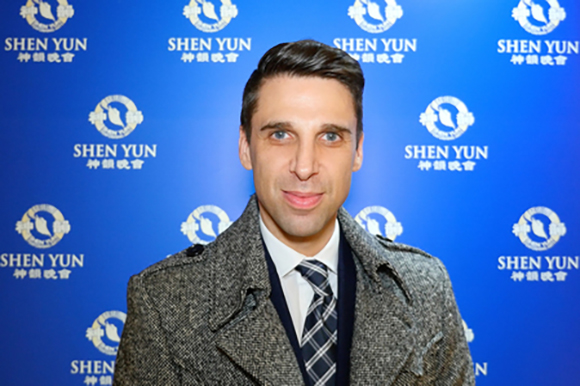 NEW YORK—Shen Yun Performing Arts has proved to the world what 10 years ago seemed impossible: starting a new dance company and in just a few years have four companies that tour the world simultaneously.

But that’s exactly what New York-based Shen Yun did. Since its inception in 2006 the performing arts company has taken the world by storm, introducing millions to classical Chinese dance and the beauty of China’s ancient culture.

“That’s incredible for being only ten years old,” said Josh Prince, a Broadway performer and choreographer. Mr. Prince did the choreography for productions such as “Shrek: The Musical” and “Beautiful: The Carole King Musical,” and is also the artistic director for the Broadway Dance Lab.

“To have this many incredible dancers on the stage and touring the world as part of the Shen Yun company, it shows that there’s a great amount of support for the company and love for the dance,” said Mr. Prince after seeing Shen Yun perform at Lincoln Center’s David H. Koch Theater on March 5.

“Broadway shows would love to have that,” he said.

Shen Yun was founded in 2006 with the mission to revive 5,000 years of divinely inspired Chinese culture. At the core of Shen Yun’s performances is classical Chinese dance, but the company also features its own singers and orchestras.

“This was an incredible presentation of pageantry and the Chinese culture throughout the ages … [It’s] a sensational, beautiful explanation of Chinese culture,” Mr. Prince said.

“What they show so well is the ability for large groups of dancers to come together, almost breathe together, work together, make formations together,” said Mr. Prince, who described the experience as really moving and inspiring

Since its inception, Shen Yun has worked tirelessly to introduce to the world the beauty and profoundness of China’s cultural heritage. They work to create an all-new performance every year that takes the audience on a magical journey through China’s thousands years of history.

“It’s also nice to see a company who’s trying to upkeep the history of Chinese dance and the culture of China, particularly championing freedom of expression, which is really nice to see,” Mr. Prince said.

While Shen Yun performs in over a hundred cities around the world, it is unable to perform in China itself, as China’s Communist Party still represses any spiritual or traditional beliefs.

“But we get to see them here, and kind of get enlightened to ideas and ideologies that are not accepted in China unfortunately at this moment, but that we, of course, in the United States are able to express,” Mr. Prince said.