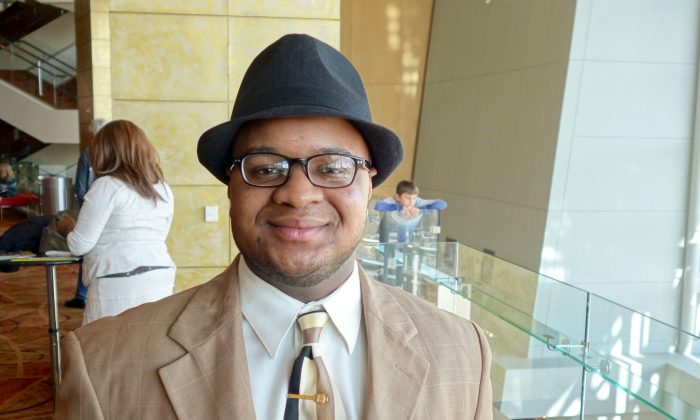 “I felt very touched. I feel very touched about it,” said Mr. Smith, a 19-year-old high school graduate from Tallahassee, Florida, after the Shen Yun matinee performance at Cobb Energy Center on Jan. 16.

“Although ancient traditions may seem old, it doesn’t mean that you should stop people from practicing it and things of that nature,” he added.

Some of Shen Yun’s story-based dances depict the Communist Party’s attempts to stamp out religion and the persecution of Falun Gong, a traditional Chinese spiritual discipline.

Mr. Smith was particularly moved by a dance where Chinese policemen abuse an elderly man who defended practitioners of Falun Gong.

“I felt very sad about that, and how they still do that to this day,” he said. “I feel like it’s basically people’s belief. You should basically respect people, what they believe.”

Mr. Smith felt that other performances he’s been “are nothing compared to” Shen Yun, and supports the classical Chinese dance company’s efforts in reviving ancient Chinese culture and tradition.

“Definitely, we have to keep it going,” he said.

For thousands of years, the Chinese people embraced virtues like compassion and loyalty, kindness and bravery, states the program. These virtues, inspired from the teachings in Confucianism, Buddhism and Taoism, were reflected in the traditional art forms of dance, music, and poetry.

After the Chinese Communist Party took over the country in 1949, however, it sought to overturn tradition. During the Party’s Cultural Revolution, for example, Red Guards would smash monasteries and temples, and the Chinese people were encouraged to “fight with heaven, fight with earth, fight with each other,” according to the program book.