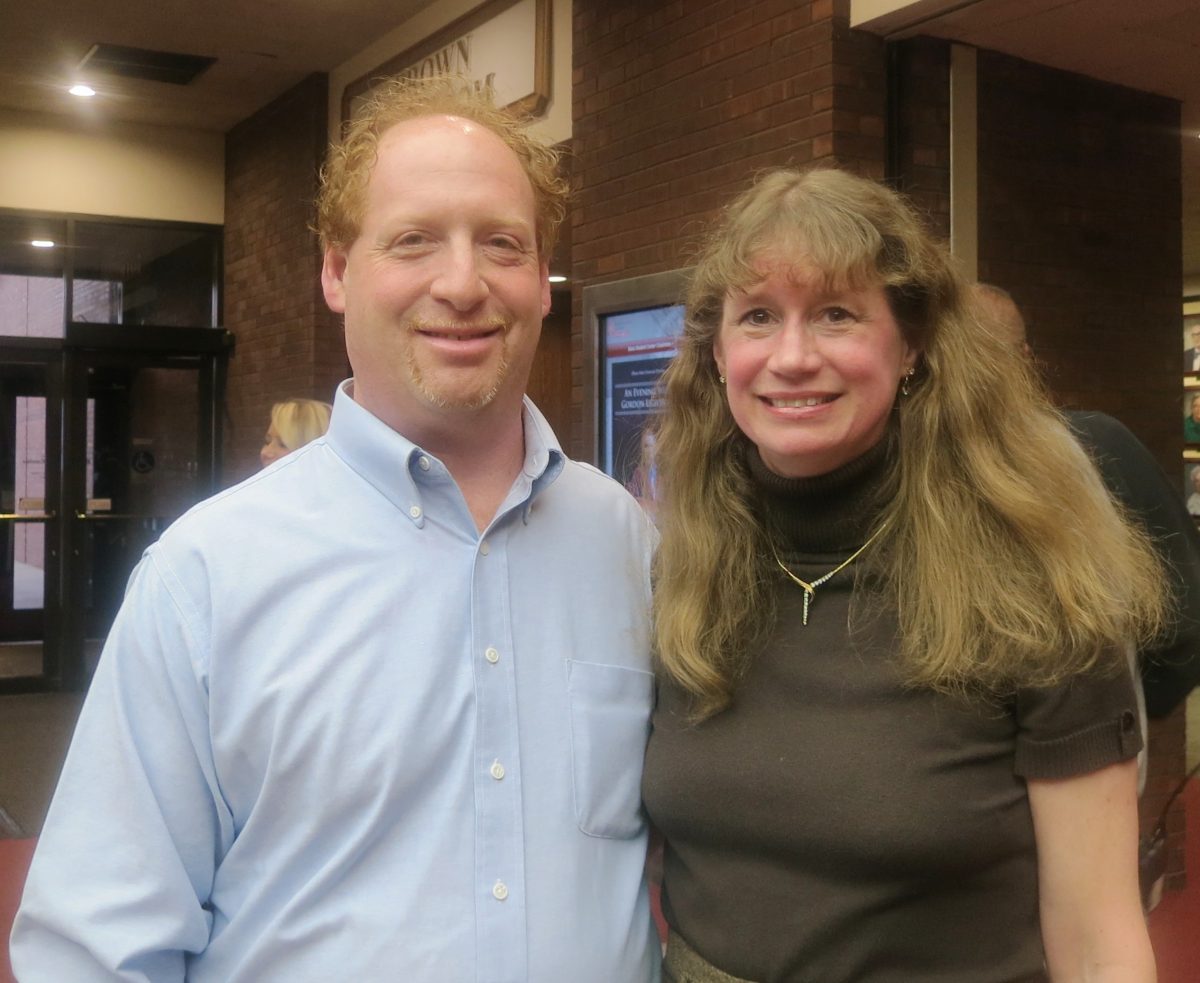 Mr. Ansher saw the premier classical Chinese dance and music company with his wife, Becky, at the Branden Auditorium on April 13.

Shen Yun’s mission is to restore traditional Chinese culture and associated values and morals through the performing arts. The primary form of expression is through folk dance and classical Chinese, the latter telling stories about different dynasties, legends, myths, and past and current history.

Several of the 20 or so mini-dance presentations are about the persecution of Falun Gong, a mediation practice embracing truth, compassion, and tolerance.

“I didn’t realize it was so oppressed now [in China] when it comes to some of the religions still. It is very sad to realize that that’s still going on,” Ms. Ansher said.

“I cried at one point,” she said during the dance story, The Steadfast Lotus. According to the program book this dance is about a mother and daughter torn apart in modern China due to persecution of their belief in Falun Gong, a spiritual meditation discipline.

Traditional culture is steeped with spirituality; a belief in the harmony of man, earth, and the heavens and respect for the divine.

Mr. Ansher described the spirituality of the program as beautiful. “Each culture has its own history, its own message, and it’s just, I enjoyed being able to see this particular one,” he said.

Mr. Ansher was also in awe of “the fluidity of the dance, the form. They’re very smooth. It’s very beautiful.”

Another impressive aspect of the performance is the use of the animated backdrops which interacts with the performers. “I enjoyed the mixture of live dance on stage with the video behind them and the way they were able to transfer back and forth. That was very clever,” said Mr. Ansher.