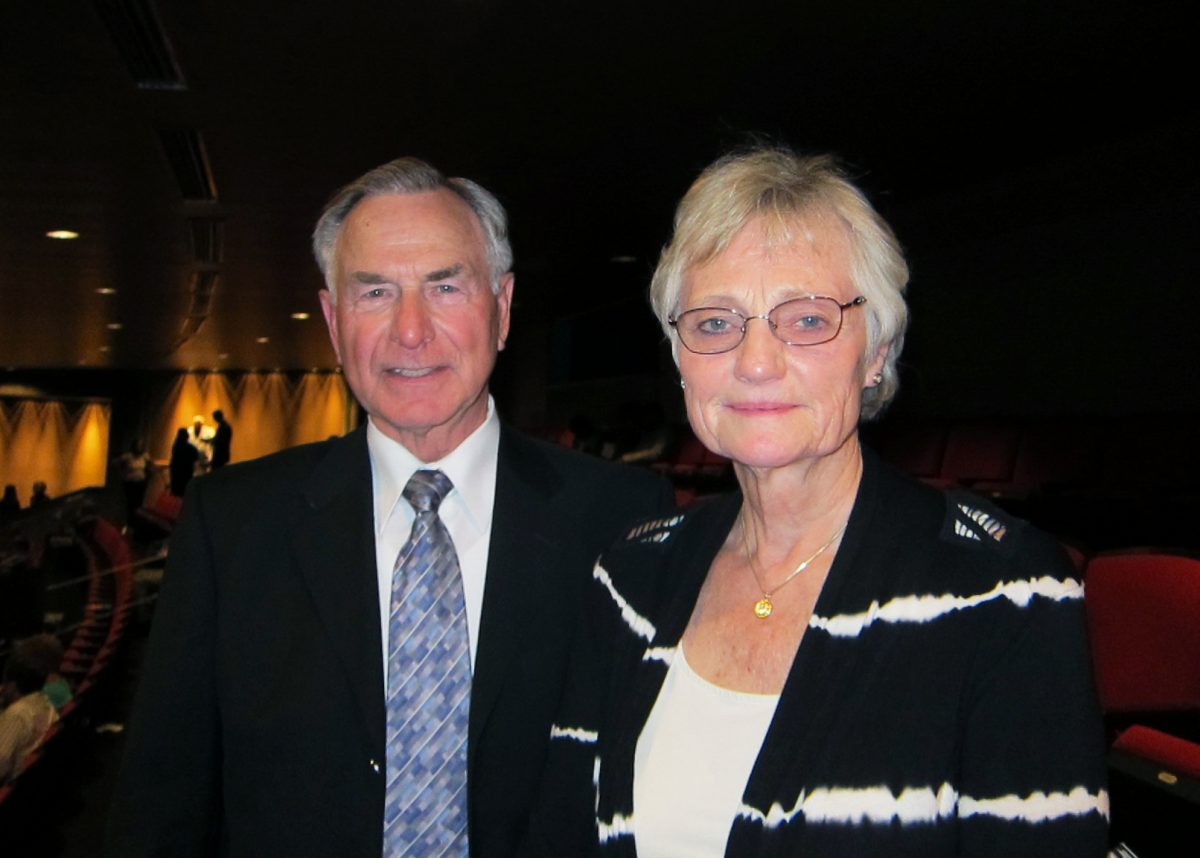 As a “Very lovely” birthday experience for his wife Evelyn, Mr. Klemm decided seeing Shen Yun would be a great way to spend the evening.

Shen Yun’s mission is to bring back to life the divinely inspired traditions and customs of China’s cultural heritage through the performing arts. Classical Chinese dance is the heart of its program.

Mr. Klemm said, “It’s their culture, their music, and their history you know, so it’s what they promote. It’s something kind of new for us, and we enjoy it.”

According to Shen Yun’s website, “Classical Chinese dance has a history of thousands of years, sharing a common ancestry with martial arts. Its dramatic jumping, spinning, and flipping techniques are just part of the vast repertoire of movements that make classical Chinese dance—one of the most demanding and expressive art forms in the world.”

Mr. Klemm exclaimed, “It feels like it’s a great experience to see something like this. I think it’s uplifting.”

“It gives you a soothing, you know very soothing … more spiritual experience, when you hear the music in all of this,” Mrs. Klemm added.

Mr. Klemm plans to share his experience with his family and friends. “We have enjoyed it so far, and we hope to tell them about our experience we had here, which is wonderful,” he said.

Somewhat overwhelmed, Mrs. Klemm stated, “It must be a very large company, because it’s very intense, you know it goes one program after another, so I don’t know how many people they have.”