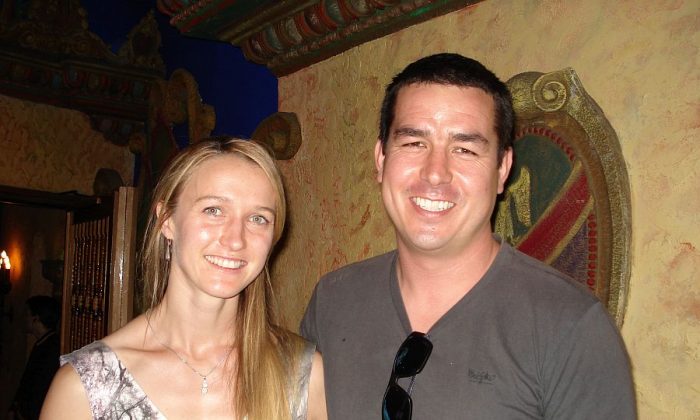 SYDNEY—Many of the audience members could connect with the deeper messages portrayed in the Shen Yun performance on Feb 15, at the Capitol Theatre.

Dave and Corinne Ipsen were two of those people. They both work as paramedics and are well aware of the importance of treating people with care and compassion.

Both Mr. and Ms. Ipsen were deeply moved by the spiritual elements in the performance. They felt that many values and virtues which can help to change people’s attitudes were brought to life on stage.

“It can definitely instigate a lot of compassion and maybe more understanding,” said Ms.Ipsen.

Ms. Ipsen found it poignant, knowing that many traditions have been suppressed in China.

“I did know it, but the reminder is quite sad, and I think it makes the show more special, than if it was coming from a different background.”

She was heartened to know that Shen Yun performs in many countries. “I think it’s amazing that it can be brought out for the rest of the world to see.”

Mr. Ipsen agreed, “Yes, it’s very sad about the persecution and the oppression. I don’t know a huge amount about it, but I think it’s good that this sort of show can bring that message to the world.”

Ms. Ipsen particularly enjoyed, The Power Of Compassion, this piece depicted compassion in it truest sense. The story tells how spiritual practitioners of Falun Gong are persecuted by police. When one of the police falls and is injured, one of the practitioners helps him.

“They showed the persecutors persecuting them love. I found that quite powerful,” he said. “Shen Yun performances based on ideals of loyalty, filial piety, and veneration for the divine are cherished and celebrated. Heroes are extolled for their compassion and tolerance as much as for their courage or determination when facing adversity.”

‘We need compassion on this earth’

Sister Elham and Sister Clara of The Maronite Sisters of the Holy Family had seen Shen Yun in 2013 and were compelled to come again. They could resonate with the values and virtues displayed throughout the performance.

Sister Elham was utterly blown away by the heavenly sight she witnessed when the curtains were raised, so much so that it was hard for her to express the beauty that was before her eyes.

With all the unrest around the globe Sister Elham felt that the messages of peace, joy and love are just what is needed at this critical time.

She was deeply touched by the spiritual values depicted in the performance particularly the dance called The Power Of Compassion.

“I was touched by this dance because it [went] straight to your mind, to your heart, to your body. I feel that, you know, it’s very peaceful, it’s purity, it’s love, it’s helping people, it’s really very important.”

“These days we need compassion, there is no more compassion around the world and I believe that our God is full of compassion, and we have to spread this compassion on the earth.”

She said the meaning behind the dances were very clear and were conveyed beautifully through a combination of body language, music and the environment.

She thought that the stories bring to life principals and ideals that are the very core of traditional Chinese culture such as benevolence and justice, courage and wisdom, and reverence for the divine.

“It was really beautiful, the way they dance is beautiful, it’s amazing.

She felt as though she had travelled with the performers through the 5,000 year history. “I feel that [I was] with them, travelling with them, going from heaven to the earth to live this compassion, and this love, and this, joy and happiness.”

“They are protecting this tradition, and this culture, and they’re giving it to us, so they have to give it to their people in China.”

Sister Clara was quite overwhelmed with the whole performance.

“It’s amazing, really it’s amazing, it’s something [with] grandeur. Do you know what grandeur is? Something out of the normal, out of the, extraordinary—it’s beautiful, beautiful,” she said.

Mary Louise, an abstract artist for over 30 years, brought her family to see the performance.

Ms. Louise officially opened her own Castle Hill gallery, Muse, last Friday, and has 35 of her own artworks on exhibition.

As an artist she could really appreciate the vast array of colours used. “Very spectacular, bright and lively, and every scene was different but it was very, very beautiful to watch. Yes all of it.”

“It was a wonderful show. Very talented, beautiful, you know soft movements, gorgeous gowns, you know I love the materials that were used in the costumes, it was very soft and beautiful as well. Very talented, very enjoyable,” she said.

Reading the program book gave her a background to each piece. “It led you on a journey and made you feel that the performers were really feeling what they were doing. So that’s how I found that [it] was spiritual. It was very believable.”

Ms. Louise’s mother saw beauty in the performance, “I loved it, I absolutely loved it, it was beautiful.”

A stand out soloists piece for Ms. Louise was the two-stringed erhu which has a history of 4,000 years and has a hauntingly beautiful sound.

“It felt very calm, very beautiful to listen to,” she said.

Ms. Louise said she would tell her friends that Shen Yun is “exciting, beautiful, very entertaining and very relaxing too.”