Shen Yun: It’s All in the Details 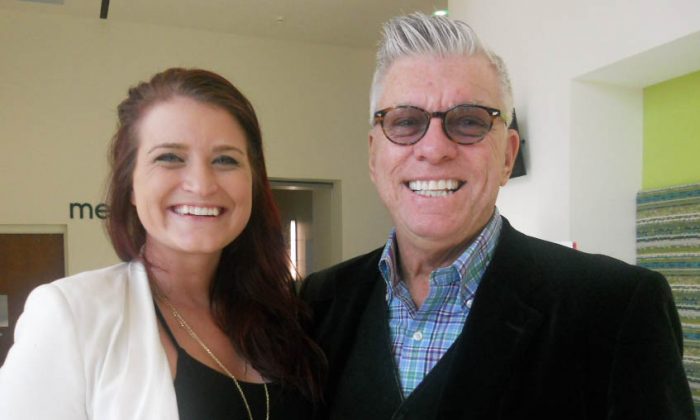 Nakita Chadwick and Jeffrey Carney were dazzled by the details of Shen Yun Performing Arts' performance. They saw the performance at the Venice Performing Arts Center on Feb. 7, 2016. (Edie Bassen/Epoch Times)

Each of the 20 pieces in the two-hour performance—whether classical Chinese dance or folk dance, songs by tenors or sopranos, or instrumental solos—are introduced for audiences that may not know that much about traditional Chinese culture.

For the performance at the Venice Performing Arts Center, the hosts were Julie Xu and Jared Madsen.

“The host and the hostess really made [the performance] complete from the beginning to the end. They made me so comfortable,” said Jeffrey Carney, who saw the performance on Feb. 7 with Nakita Chadwick.

It inspired you to leave here full of enthusiasm as I am.
— Jeffrey Carney

“They were so knowledgeable and full of the information that we needed to hear before we saw the … dance. And they had great light humor and camaraderie. It was just the perfect match to set the scene to make the whole performance the best I have ever seen,” the European food-buyer said.

Ms. Chadwick agreed, amazed that the hosts could speak both in English and Chinese. Their presentation “was just so thorough from the start to the end.” “It was great,” she said.

Mr. Carney has seen a lot of Broadway productions as well as many shows in Europe, but he felt Shen Yun had the most impressive special effects and costuming he’d ever seen.

“This one tops them,” he said, mentioning the color, the synchronization of the dancers, and something as detailed as the makeup: “The girls and the guys were all perfectly made up gorgeously,” he said.

For Ms. Chadwick, the show was in the details, from the costuming to the animated backdrops and the props.

In addition to the story-telling, which the expressive classical Chinese dance is so capable of, and the tumbling and aerial moves, which create excitement for viewers, Shen Yun dances are distinctive due to their use of hand props. Long sleeves become extension of arms in one dance, while handkerchiefs emphasize synchronized timing in another.

And then there are the fans. Ms. Chadwick commented on the unity and smoothness of their use, and Mr. Carney marvelled at how the dancers performed with the prop in perfect synchronism.

Besides being dazzled, Mr. Carney felt deeper emotions. In watching the touching “The Lady of the Moon,” a retelling of a classic legend that tells of the moon goddess and her husband, Mr. Carney said he felt really fulfilled.

“It was just very touching, and you could feel their sense of fulfillment in doing the dance,” he said. “It makes you feel almost at the verge of tears because you share that with them.”

The whole experience left him feeling full of life: “It inspired you to leave here full of enthusiasm as I am.”

The performance far surpassed what he ever expected, and he said that he would definitely come to the new production next year.

His only regret? That the pair hadn’t gotten others to join them.