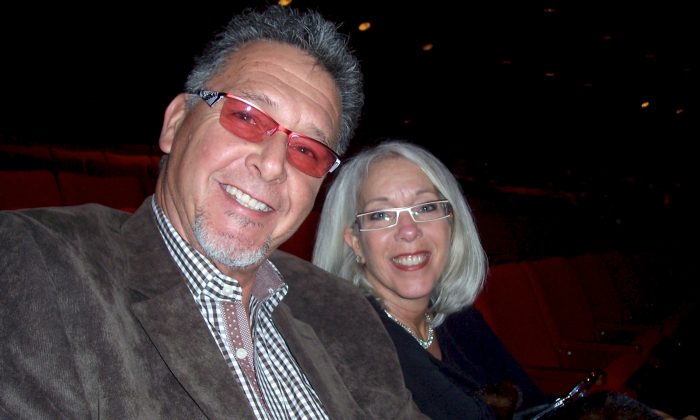 Every year Shen Yun comes out with a new performance with new music, costumes, and dances. Year after year, Shen Yun Performing Arts also brings new innovations in their animated backdrops. According to the Shen Yun website, the animated backdrops are “Inspired by 5,000 years of history, these spectacular landscapes truly reflect China’s multifaceted geography, society, regions, and dynasties.”

The interaction between performers and the backdrop brings the stories on stage to life. Mr. Peters also thought the backdrop was “outstanding,” saying, “I think it’s awesome; it’s very choreographed, it comes through well. I think that the way they put it all together, they did a great job on that.”

Fortunately for Mr. Peters and his employees, Shen Yun has China’s rich culture to inspire its backdrops and stories. According to the Shen Yun website, “a unique feature of Chinese civilization is that its history has been documented and passed down uninterrupted for 5,000 years, sometimes in vivid detail. This provides Shen Yun with vast source material, making it possible to revive this ancient culture on a present-day stage.”

Woven through the stories in the treasure trove of Chinese history are profound lessons for living. According to the Shen Yun website, “Whether set in the past or in contemporary China, every dance embodies traditional Chinese values. Ideals of loyalty, filial piety, and veneration for the divine are cherished and celebrated. Heroes are extolled for their compassion and tolerance as much as their courage or determination when facing adversity.”

A common theme in traditional Chinese culture is the concept that you reap what you sow. Mr. Peter saw that for himself tonight: in exchange for his catering, Mr. Peters and his employees were lucky enough to see Shen Yun.

“I liked the performance that outlined where if you do good, good things will come to you,” he said. “I would probably never get to see anything like this. It was a great evening and a great experience.”