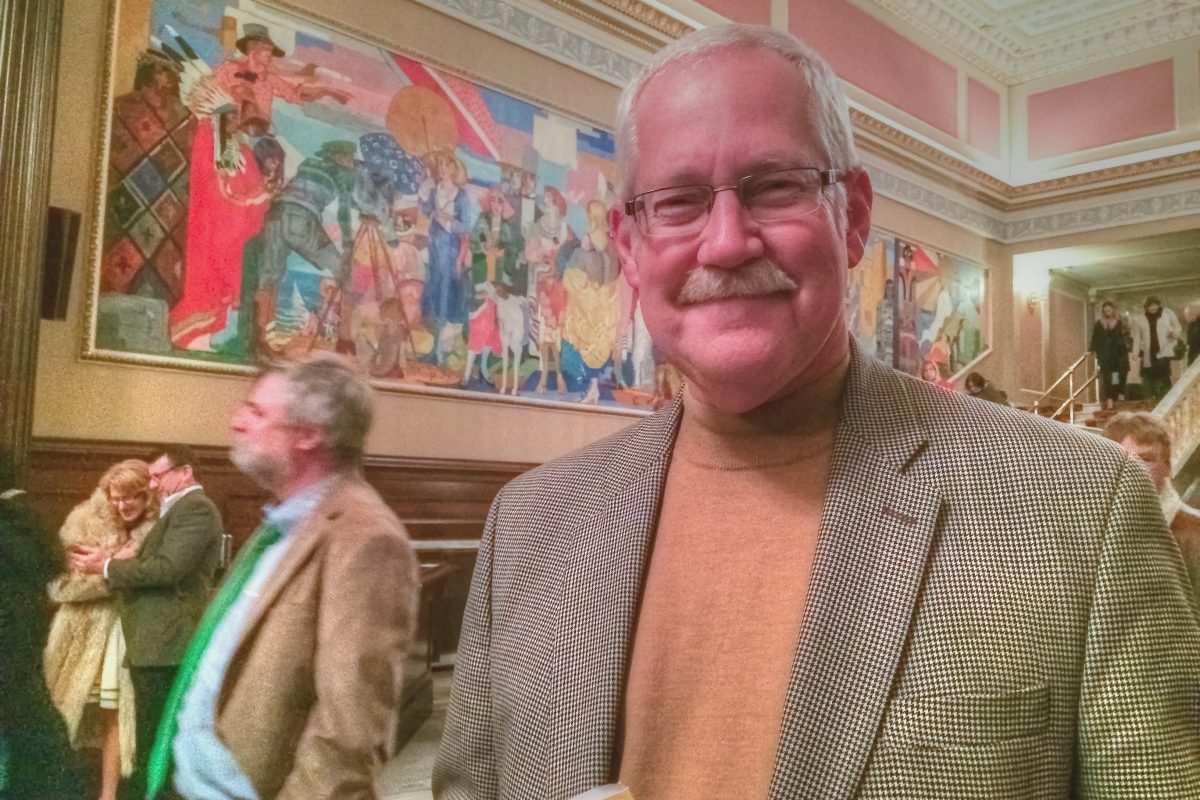 Shen Yun ‘It Was a Once in a Lifetime Experience’

“Very unique, very cultural. It was something I never seen before,” said Dwight Clark, Senior Vice President at First Merit Bank of Cleveland, who attended the Feb. 11 performance. “I brought my wife and a client. They thought equally and highly of the entire performance. It was phenomenal.”

“It was once in a life time experience for us.” said Mr. Clark. “This is one of those unique events that you rarely see. We thought we would try it out, and we were not disappointed.”

“Classical Chinese dance has a long history of thousands of years, and while soaking up profound wisdom from every era and dynasty, it has become a complete system of dance, embodying traditional aesthetic principles.” says the Shen Yun website.

Mr. Clark was in awe with what he saw and the skill it takes to be a classical Chinese dancer.

“The talent of the dancers, the choreography, and the uniformity to which they dance was something I have never seen before,” he said.

“I really liked the movement and the color. That is what really made the show really fantastic,” said Mr. Clark.

“It is a very different experience for us and one that was very enjoyable,” he noted.

The Shen Yun website provides a window into their mission, “Shen Yun cannot be seen in China today, where traditional culture has been nearly lost. Yet Shen Yun—a non-profit organization—has become an international phenomenon, bringing the wonders of ancient Chinese culture to millions across the globe.”

“It’s wonderful that they express themselves here in the free world,” he said.

“It’s unfortunate that they can’t do it in their home country, but they are actually showing a form of unity that we don’t often see very much of.” said Mr. Clark.

He was touched deeply by Shen Yun “because it is so unique in America. It’s something we don’t usually see in expressive art and culture like we saw tonight. And for that we are very grateful.”

“It was so wonderful and colorful,” said Ms. Anderson. “I enjoyed the mixture of the traditional and the ethnic dances. I loved the soloist—just beautiful, just beautiful.”

She elaborated: “Anytime you bring art and spirituality together it touches people in a way, like on a deep level because it brings it to life in front of you.”

“I think that when it is made accessible, beautiful, colorful, and lively, and it incorporates elements of spiritualism it touches everybody,” she added.

Ms. Anderson was saddened that today’s China could not enjoy and learn about ancient, traditional Chinese culture through Shen Yun.

She felt blessed to be have been able to have seen Shen Yun .

“I feel like I learned something tonight.” she said.

The audience can follow the English lyrics which are projected on the digital state-of-the-art backdrop. The backdrop also provides a magical window which takes the audience into each realm and era in an exciting and wondrous way.

“I liked the incorporation of the technology with the live dancing. I thought it was very exciting,” said Ms. Anderson.

Both mother and daughter highly recommend Shen Yun to others.

“I think everyone should come and see Shen Yun,” said Ms. Anderson.

Justine’s message to her friends: “You should really go and see it!”

‘This Is An Opportunity That You Shouldn’t Miss!’

Gus and Barbara Miguel found the Shen Yun performance on Feb. 10 to be exceptional and educational.

“It’s spectacular. It’s more than I expected. I thoroughly enjoyed it,” said Mrs. Miguel who is a neonatal nurse practitioner.

Her husband, Gus, an LPN at the Veterans Administration Hospital, found Shen Yun to be uplifting.

“I just liked them overall, as far as choreography and the costumes (they) were spectacular,” he added.

Mrs. Miguel stated that Shen Yun is true to its mission to restore traditional Chinese culture.

“They give their full self when they do the performance. They transform (take) you there. They believe in it,”  she explained.

“This is an opportunity that you shouldn’t miss.”