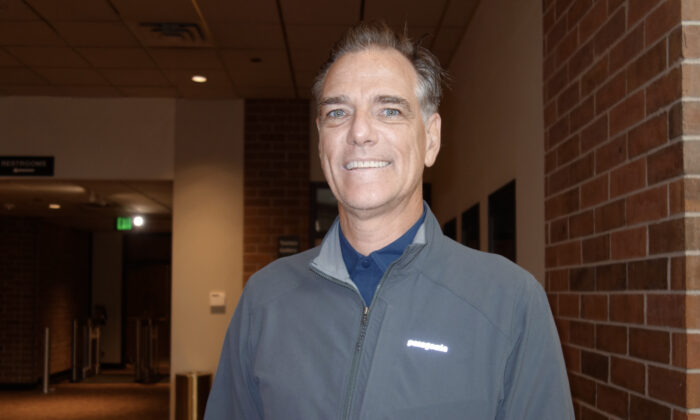 GREELEY, Colo.—Michael Gray, a visual artist, found Shen Yun Performing Arts resonating with his world view of beauty and values at an evening performance in Greeley, Colorado on Aug. 1.

“Growing has to come from inside,” he said.

Shen Yun, based in New York, showcases China’s 5,000 years of traditional culture through the medium of classical and ethnic dances. These dances are accompanied by a unique world-class orchestra that blends the sounds of traditional Chinese and European instruments.

“Beautiful things like this … those traditional cultures were ways of expressing these really unique and beautiful ideas,” Gray said.

Shen Yun’s stories are based on the traditional spiritual teachings of Taoism, Buddhism, and Confucianism—a legacy of spiritual civilization that preceded the rise of the Chinese Communist Party when such values were lost.

Dance and art forms are part of the “universal element that binds all of us together,” Gray said. They express the universal values of freedom and goodness.

“No matter where you are in the world, and what your fundamental beliefs are, it’s just that ultimate goodness that brings all of us together,” Gray said.

The storytelling was playful and joyful, he added. Shen Yun’s mini-dramas portray stories with humor, sadness, and joy, and contain moral teachings that have been passed down over many generations.

Gray thanked the Shen Yun performers for their dedication and sacrifice in presenting such a world-class performance.

“They’re doing a wonderful job. I’m grateful to be here,” he said.