Shen Yun is ‘The Performance of a Lifetime,’ Says Former City Health Commissioner 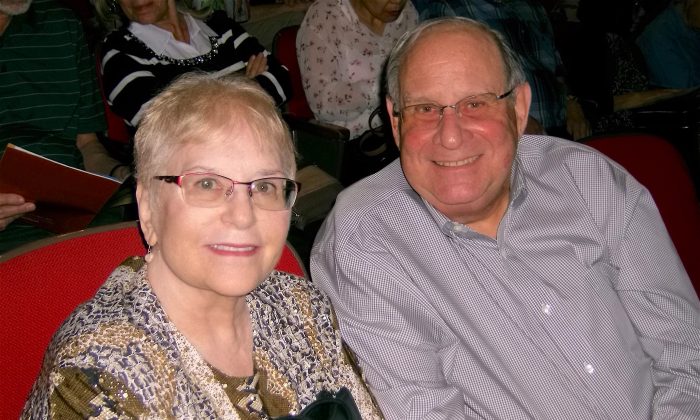 “This is just the height of Chinese culture. It’s so magnificent. What a beautiful, sophisticated culture and people. We are just so impressed with this, so beautiful.”

“We have been to China, our son has been to China, actually speaks Chinese. We’ve been fascinated with the Chinese culture, and we can see why Chinese people are so proud of their long, amazing culture, which has contributed so much to the world.”

“The beauty, the colors, the dynamism, and the multimedia presentation is beyond anything we have ever seen.”

“I followed what [the Chinese Communist Party] are doing to the Falun Gong. Why bother people? Why intrude on their lives? It’s just tragic that the first groups that make up modern China, they have to follow one party, one rule. People aren’t like that. We’re individuals and share a common culture and community, but people are not going to tolerate being told what to do forever, as people become more educated, become more connected to the rest of the world through the Internet, through travel. I just feel sorry for the great Chinese people.”

“We are thrilled to be here. We are most fortunate. We saw the advertisement, and we said, ‘This is unlike anything we ever saw or will see again,’ and we made sure to get good seats.”

“I will say to my son that this is the performance of a lifetime, and with his knowledge and interest in Chinese history, literature and language, this will be especially meaningful to him.”

“We feel so lucky to be at a show like this, to be able to enjoy the culture, so beautiful, beautiful.”

“When they talk about the fact that the show can’t be in China, because everything is so regimented and appears to be going more in that direction, where the people have less to say, and they’re told what to do, that will be tragic [continuing to censor Shen Yun]. Having the expression of beauty that these young people are doing should be worldwide.”

“I was the principal of an arts high school that involved dance and they put on performances like this. Not this good. They were well trained and they practiced. But there’s a certain synchronization, a certain discipline that you see with these performers that is tougher to get in United States. We’ve been just sitting here smiling at how beautiful it is.”