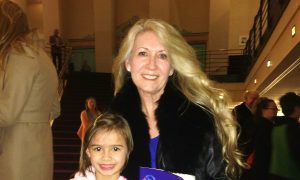 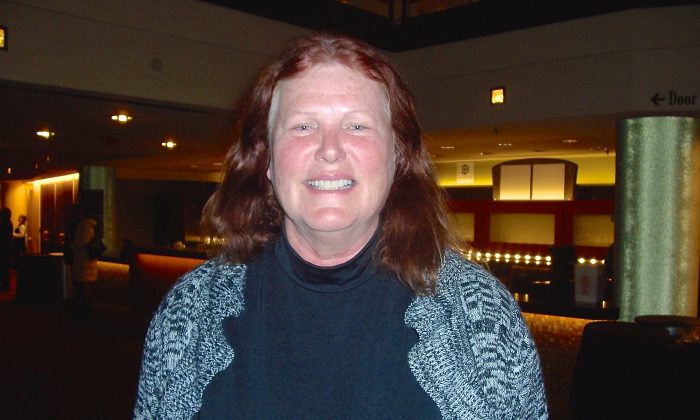 Shen Yun Is ‘The Best Show in the Universe’

DENVER—Although Debbie Kind has come to see Shen Yun Performing Arts for several years, she was still moved to tears when she saw the first performance at the Buell Theatre on March 6, 2015.

“It’s the best show in the universe,” she said after the performance.

Shen Yun is a classical Chinese dance company based in New York. Their mission is to revive China’s traditional culture.

A cornerstone of traditional Chinese culture is the concept of cultivation, a lifelong process of cleansing the heart and mind so all thoughts and deeds spring from one’s innate goodness or divine nature.

Traditionally, it was believed that only when an artist has successfully practiced cultivation, would his art be considered great, because only then could it rejuvenate and spiritually uplift the viewer.

The artists of Shen Yun take cultivation and this belief as a very serious part of their work.

“The divinity just comes right through [in Shen Yun]—the chance to go back to heaven by purifying yourself and your thoughts and making yourself completely positive,” she said.

She said that watching the performance she felt “So connected to God, so connected to the divine, [and] really, really wanting to practice truth and compassion and endurance.”

What’s in a Show

Shen Yun performances feature classical Chinese dance, a highly expressive and comprehensive dance form little known in the West. Besides difficult flipping and tumbling techniques, dancers need to learn hundreds of movements and complex postures and a third key component, which is something called yun.

Yun, which is translated as bearing, refers to the intent, spirit, and personal aura of a dancer, according to the Shen Yun website.

Ms. Kind particularly liked the two modern pieces, which depict the kindness of Falun Dafa practitioners in the face of persecution, and the hope for the end the persecution.

Ms. Kind said she loved how in the piece The Power of Compassion, practitioners helped a policeman who was injured while trying to arrest them. She said she thought it was magnificent that the practitioners’ care could dispel hatred in the policeman who had been “brainwashed by the Chinese government to be so cruel.”

“It’s not their fault they are brainwashed into that,” Ms. Kind said of the Chinese police.

She also said it was a tragedy that the Cultural Revolution (1966–1976) destroyed traditional spirituality and culture in China.

Modern China is officially atheistic. In traditional Chinese traditional culture, which was based in Confucianism, Buddhism, and Taoism, rulers were seen as servants to the divine, and political and spiritual harmony was viewed as the outcome of practicing values like propriety, compassion, and loyalty.

Ms. Kind said that once a traditional culture is lost “it is just so hard to revive it, that’s why Shen Yun is so beautiful. It’s bringing it all back.”