Shen Yun Is Something ‘Everybody Should See’ 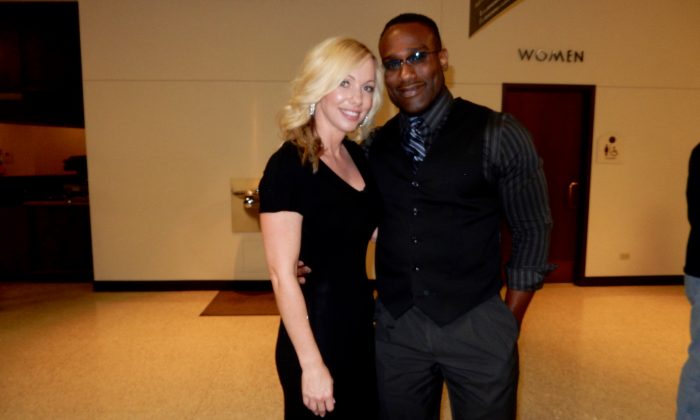 WICHITA, Kan.—For Melanie Santiago, the dancing she saw on May 3 at the Century II Performing Arts & Convention Center was like nothing she’d ever seen before, when she and Kelichi Dike attended an evening performance of Shen Yun Performing Arts.

Shen Yun is a music and dance company with a mission to revitalize traditional Chinese culture through the expressiveness of classical Chinese dance. It is accompanied by orchestral music, and accentuated by interactive backdrops.

“I love the costumes, the music, everything about it … The dancing is like nothing I have ever seen before. It was beautiful—choreographed beautifully,” said Ms. Santiago.

His first time coming to a performance of this caliber, Mr. Dike really liked what he called “a great performance.”

Some of the things that stood out for him were the colors, the tumbling techniques, the singing, and the fact that it tells stories through the dancing.

The Shen Yun program consists of about 20 or so vignettes that give the audience a glimpse into traditional Chinese culture through stories from China’s rich history, its ancient literature, folklore, myths, and legends, as well as some of China’s contemporary events.

“The story line, you could really feel it in the dance and in the movement and the expression. It was very easy to follow and understand what they were trying to convey,” Ms. Santiago said.

One of the dances that touched Mr. Dike the most was a contemporary piece that depicted the persecution of Falun Dafa. He was surprised that the suppression of one’s spirituality and self-expression still exists in our civilized world.

Falun Dafa, also known as Falun Gong, is a peaceful meditation practice that follows the guiding principles of Truthfulness, Compassion, and Tolerance. It has been brutally persecuted by the communist regime since 1999.

The spiritual aspect of the performance was something Ms. Santiago wasn’t expecting, but it turned out to be her favorite part. “That was wonderful, … I appreciated that about the production,” she said.

Another of Ms. Santiago’s favorite parts was how the orchestra blended Eastern and Western instrumentation. As a music lover, she very much enjoyed seeing the variety of instruments played. “The orchestra was spot-on,” she said.

Feeling Shen Yun is a performance everybody should see and that kids would really enjoy as well, Ms. Santiago said she’d definitely see it again and would tell her family and friends that if they get a chance, they are to “go see it. If you are traveling, go see it. It is wonderful.”