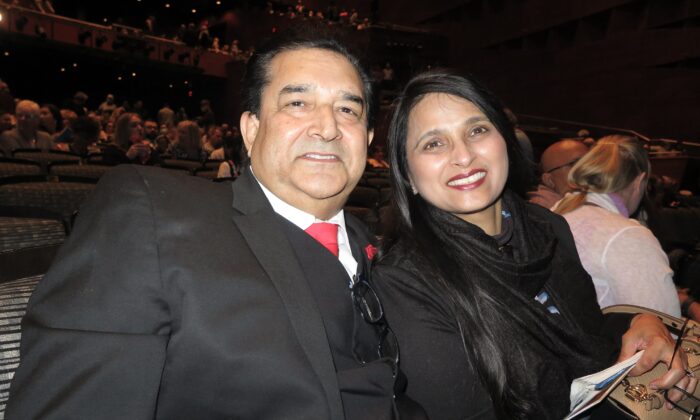 “It was excellent. It was very colorful, energetic, and it has history and culture through the acts, so it’s very well-done,” said Mr. Dosoar, an engineer who is president of Shiva Group Canada, a company in the mechanical services industry.

Due to the energy from the show, “My wife was holding my hand so tight. I could tell she’s excited,” he said.

“It was worth watching, it was worth the money, and you learn something,” he added.

Along with classical Chinese dance, Shen Yun features Chinese folk and ethnic dance as well as a live orchestra with solo vocal and instrumental music performances.

Shen Yun’s mission is to revive the traditional culture of China, which has been on the brink of extinction since the Chinese communist regime seized power in 1949. The company says its performance this year displays “China before communism.”

“It tells you a different aspect about China than what people presume on CNN,” said Mr. Dosoar.

“They showed a little bit about communism, how it was strict and won’t let you practice certain things,” he said, adding that “but right now, [Shen Yun is] number one!”