Shen Yun Is Like ‘Reaching the Heavens,’ Says Actress 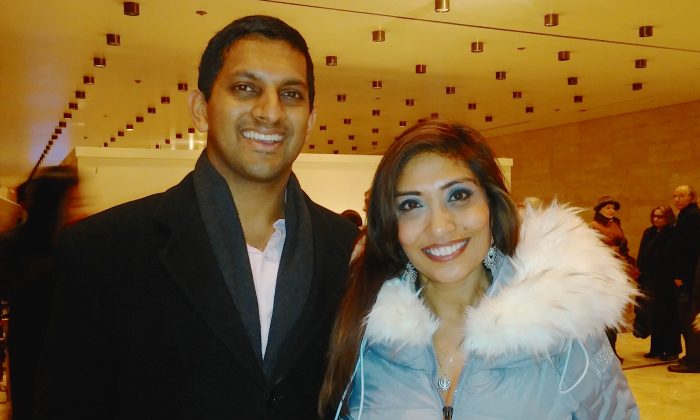 “I felt like I was with them, and like I was in a different world reaching the heavens,” said actress Nikki Chawla.

Shen Yun translates from Chinese to “the beauty of divine beings dancing.” The performance of music and dance was started in 2006 in New York, according to the Shen Yun website, by a group of leading classical Chinese artists who shared a wish “to revive the true, divinely inspired culture of China and share it with the world.”

Chawla attended the performance with a friend, Kunal Mahajan, an investment banker. He said, “I thought it was just really well done. The choreography was amazing, and the backdrops were amazing. It was just beautifully designed.”

Mahajan noted that he particularly enjoyed the digital backdrops, which create moving scenery and allow the dancers to interact with the backgrounds seamlessly. Mahajan said, “I’ve never seen anything like that done before.”

The dancers in Shen Yun are trained in classical Chinese dance. The art form includes a vast array of movements from subtle hand gestures to soaring flips, and is particularly unique for its deep ability to express different personalities and feelings.

According to Alan DeBoo, a senior IT network engineer, the feeling conveyed by the Shen Yun performers is unique in and of itself.

“They radiate almost an innocence that you can feel in the audience,” DeBoo said, noting his feeling that “they’re channeling their energy and everything on having a positive influence to others.”

“It’s uplifting,” he said. “You get enjoyment out of it, and it’s fun to see young people like this fulfilling their talents and, I’m sure, some dreams.”