Shen Yun Is Heavenly, Enlightening, and Reminiscent of a Lost Past 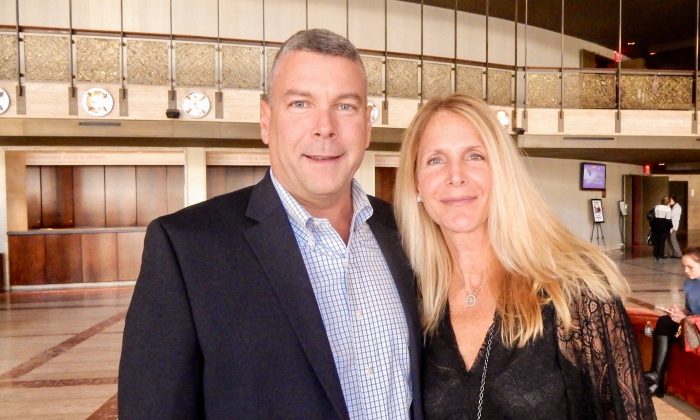 “The show is wonderful. … The colors are amazing; I love the use of all the materials and the outfits and the different colors, it’s just beautiful to watch them in motion,” said Flynn, an engineer and owner of Eastern Environmental Solutions, after seeing the matinee at Lincoln Center on March 9.

“It feels like the dancers are floating in the air,” he said.

Flynn said that watching the performance, he just felt enlightened.

Indeed, China was once known as the Divine Land or the Celestial Empire, and Shen Yun seeks to revive this 5,000-year-old civilization that was nearly destroyed in the mid-20th century. This is a land where deities and mortals coexisted, where harmony between heaven and earth was foundational to society, and teachings from Buddhism, Taoism, and Confucianism guided people’s everyday lives.

Also in the audience was Nina Garmash, who felt in a way that seeing Shen Yun was evoking a powerful memory from within her.

“[It’s] like I’ve been before, my soul lived in China or an Asian country, I feel like that. It was beautiful. I even cried. It was like memory from my previous life,” said Garmash, a makeup artist.

From the dancers on stage, “you feel energy, you feel spirituality,” Garmash said.

It was more than telling stories about the gods, Garmash said you felt like you were one of them.

“I’ve been closing my eyes sometimes and feel like spirits around me.”

“We are beautiful, perfect, and we are much [more] powerful than we think. And altogether it’s like powerful energy, when we are together,” Garmash said.

Garmash felt it wasn’t just an ephemeral feeling that was gone once the performance ended, she thought there was a real message that applied to our daily lives.

We all have a spirit, and the ability to make good and bad choices, Garmash said, and we all have many chances to return to goodness, but if we side with badness the journey to good and the journey for your spirit is a long and arduous one.

With reporting by Wei Yong and Dongyu Teng.