Shen Yun Is for Everyone 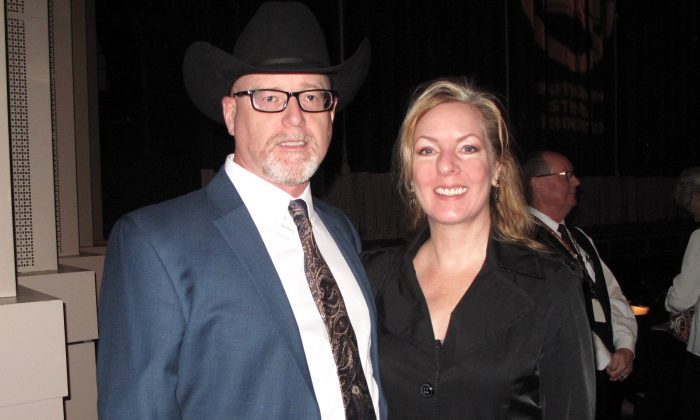 LAS VEGAS—When Susan Heifetz woke up, she decided she’d take the advice of dear friends in California and see Shen Yun Performing Arts. She drove that day to get tickets and by the time of the matinee, the retired New York police officer and her husband, Tim O’Bryne, were celebrating their 30th wedding anniversary at The Smith Center.

“Oh my gosh! It was an amazing show. I had no idea what to expect,” Ms. Heifetz said. “It’s magical, it’s history, it’s tradition, it’s culture. It’s music, it’s acrobatic, it’s dance. Oh my gosh! It’s something I’ve never seen before,” she said.

Since Ms. Heifetz had spent her career in New York, she had seen a lot of theater at Lincoln Center, yet she found Shen Yun to be truly amazing.

Shen Yun’s mission is not limited to presenting just the surface level of the culture. It also aims to restore the depth of a culture rich in spirituality.

Mr. O’Bryne, the publisher of Working Ranch, has considered his own Irish background to have spiritual clarity that’s cut in stone, and so he’s found the subtleties of Chinese spirituality difficult to penetrate. Yet after watching Shen Yun, he feels he has a better understanding.

Thus, he felt a deep appreciation for Shen Yun’s effort to reach far back into the culture, to use the dance as a means of story-telling, and to create this extensive performance.

“I’m really all inspired by that,” he said.

“It was a really brilliant performance and I’m so glad I came,” Ms. Heifetz said.

Although the couple have been learning tai chi and have an interest in Chinese culture, as Mr. O’Bryne explained, a special interest in the culture is not necessary to enjoy the performance.

“You don’t have to be Chinese or Japanese or Korean or American, it’s for everybody. It was wonderful,” Ms. Heifetz said. “I’d recommend it to everybody no matter what your background is.”