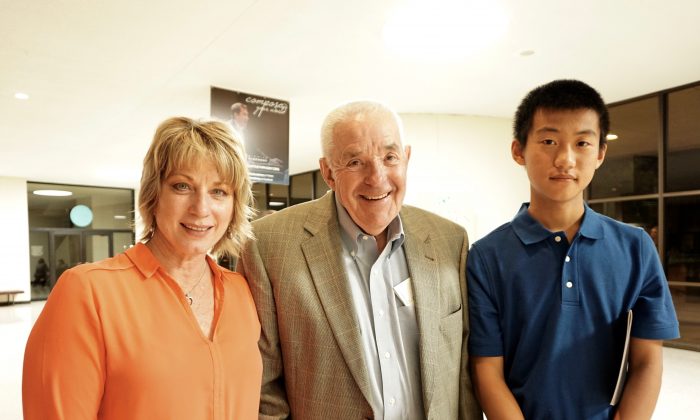 WICHITA, Kan.—Tona Turner has an open heart. She is the executive director of United Way of Reno County, which locally directs and supports 500 volunteers to make a difference in the area by following United Way’s mission statement that starts out: “We all have a stake in what befalls our fellow man. She opened her home this year to an exchange student from China just because she had room in her house. And she felt disheartened by the decades of repression by the communists in China, after attending a performance by Shen Yun Performing Arts.

Shen Yun’s 20 pieces, most of them short dances, reveals 5,000 years of Chinese civilization. Some of the dances depict ancient legends, some reveal the dynastic life at court or life in the rural countryside, and some touch on events in modern times. But all promote its traditional values: honor, courage, compassion, and reverence for the divine, to name a few. Those that depict stories of modern times touch on the repression of spirituality by the Chinese Communist Party.

Ever since taking power in 1949, the communists have whittled away at China’s traditional culture and beliefs. During the Cultural Revolution, in particular, which occurred in late ’60s and into the ’70s, monasteries, sacred texts, and temples were targeted for destruction by the Chinese Communist Regime. They ordered Chinese teenagers, called Red Guards, to ravage the country.

Shen Yun tells this story in the dance, “The Monks and the Red Guards.”

“It was touching and disheartening to know that that kind of persecution still exists today and what is more disheartening is that we are all a product of our culture and we are all a product of our teachings, so [Chinese] youth are being taught to persecute, and they don’t know the difference, and that is why it is disheartening,” said Ms. Turner at the Century II Performing Arts & Convention Center, on April 4. She attended the Shen Yun performance with her father, Mel Sellers, and the Chinese high school student who is staying with her.

If Ms. Turner is right, and the Cultural Revolution taught China’s youth that persecution is justifiable, then 50 years later it’s not surprising to see persecution in the country again. Shen Yun’s dance “The Steadfast Heart” shows torture used against the spiritual group practicing Falun Gong, who are armed solely with meditation and the high ideals of truthfulness, compassion, and tolerance.

But not all the dances are as serious minded as these. Ms. Turner felt the dance “The Monkey King and the Dragon Palace” was cute and funny. It tells of the literary figure Monkey King, who through his intelligence, courage, and supernormal abilities, searches for and finds a weapon suitable for his superhero needs.

“I thought it was magnificent. It was entirely beautiful, fabulous performers, fabulous dancing, fabulous singing, fabulous story line, I laughed, I cried. It was very inspired,” Mrs. Turner said of the whole performance.

Of the classical Chinese dance that enables the storytelling, Ms. Turner was flabbergasted: “Oh, incredible, incredible, I’ve never seen—I mean, I’ve seen some incredible dancing, but this is tops.”

“The costumes are stunning, the backdrops are stunning. I would recommend this to anybody, they need to see this,” she said.