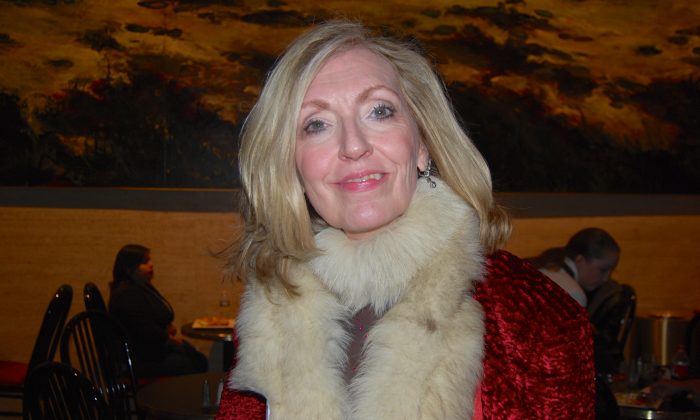 HOUSTON—”I just loved every part of it—it’s universal,” said Ms. Bernadette Boyd, an interior designer, after seeing Shen Yun Performing Arts for the first time at the Jones Hall for the Performing Arts in Houston, Dec. 26.

Ms. Boyd said seeing the New York-based Shen Yun made her feel energized, empathetic, and imbued with the sense of something that just had to be shared.

The color and spectacle of Shen Yun’s costumes and vast array of backgrounds captivated Ms. Boyd, and brought to mind thoughts of her sister, who is a dressmaker.

“I have to tell her,” Ms. Boyd said of her sister. “She would love the set designs and the costumes.”

Projected scenes from undersea palaces to the Mongolian plains, as well as costumes for dances depicting various dynasties, help set the stage and take the audience on a journey through 5,000 years of Chinese civilization.

One piece in particular that stuck out most to Ms. Boyd was “The Delicate Beauty of the Han,” because of the long, pink “water” sleeves donned by the performance’s female dancers. The Han Dynasty, China’s first golden age, lives on through the language of China today.

Ms. Boyd said that the dancers, with their flowing sleeves, made quite an impression on her. “That was just elegant,” she said. “Elegant, beautiful, spiritual, magical.”

The spirituality of the culture is something Ms. Boyd saw as universal and apparent through the art. “Love it,” she concluded. “Absolutely love it.”