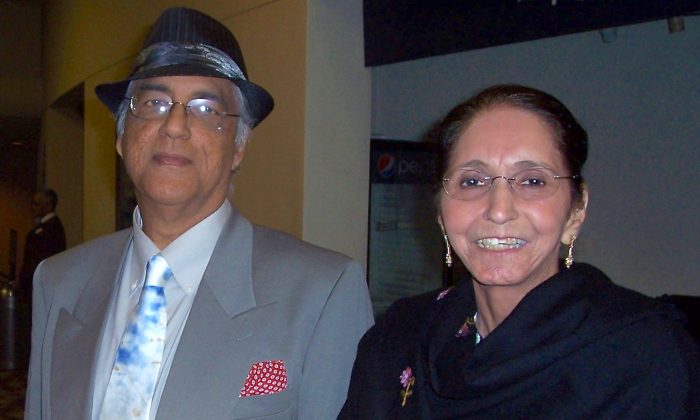 SAN JOSE, Calif.—As the curtain set on 5,000 years of ancient history, with worlds of distant dynasties and divine beings still dancing in the audience’s minds, Ms. Shivinder Kaur, an OBGYN in Alameda, Calif., was left mesmerized.

“I didn’t expect such a good show. I’ve never seen such a show. It was unbelievable, beyond imagination,” she said. “It’s like magic!”

The energy was electric on opening night at the San Jose Center for the Performing Arts. Ms. Kaur and Mr. Andy Sabhlok, an engineer from Berkeley, enjoyed their first performance among a nearly sold-out crowd, where many theater-goers were moved to tears.

At a time of year that often sparks self-reflection and resolutions for self-improvement, the performance left audience members reflecting on the greater meaning of their own lives and the world around them.

“The three goals are very good. Compassionate, truthfulness—truthfulness is the first essence of everything. Unfortunately, people are getting away from it,” Mr. Sabhlok said. “Compassion is necessary. Tolerance is extremely important. All three things are very important.”

“Those are divine principles. That’s how the world is supposed to survive. If you don’t believe in and have those principles, the world won’t survive,” he said.

Though spending most of their days in professions predominated by empirical evidence, the doctor and engineer expressed a deep sense of things beyond the reach of modern science.

In particular, the message of a creator resonated with the pair. “We believe in the divine,” Ms. Kaur said. “He created us, he brought us here, and we do good things so that we can go back to him.”

The connection with divinity was evidenced in every aspect of Chinese culture and is artfully depicted by Shen Yun through Classical Chinese dance pieces, accompanied by live symphony orchestra that seamlessly combines Eastern and Western traditions.

The level of detail and precision was not lost on Mr. Sabhlok. “The background, the scenery, the music, the conductor. Everything was great. Fabulous!” he said.

Unfolding scenes of heavenly realms, ancient legends, and heroic tales transport the audience to a time when belief in the divine made up the fabric of society. As the Shen Yun website states, “For 5,000 years divine culture flourished in the land of China. Humanity’s treasure was nearly lost, but through breathtaking music and dance, Shen Yun is bringing back this glorious culture.”

How was it almost lost? The website explains, “Over its past 60 years of rule, the communist regime has treated traditional Chinese values—centered on the idea of harmony between heaven and earth—as a threat to its existence … bringing traditional 5,000 years of civilization to the brink of extinction.”

Mr. Sabhlok remains optimistic, however. “There will be freedom of speech and religion, but it will take time.”

And what is a better way to ring in the New Year than with a message of hope. “The world lives on hope! We live on hope. We think tomorrow will be a better day. And I’m sure in China, one day, there will be freedom,” Ms. Kaur says.