Shen Yun Is Beauty and Spirituality 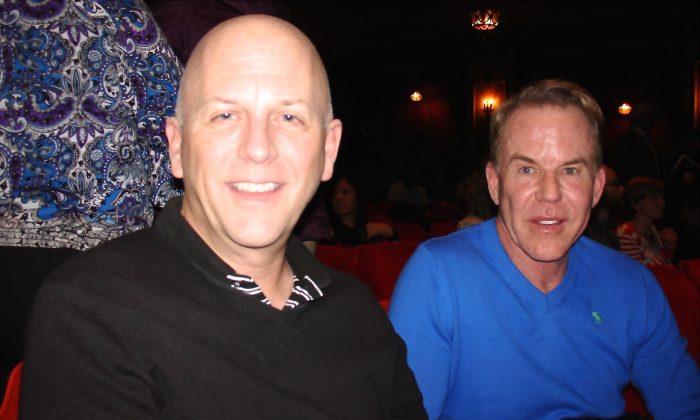 COLUMBUS, Ohio—Cary Kenner was caught in the excitement of seeing Shen Yun Performing Arts weeks before the company came to town. He had seen a booth at a mall and a lady promoting the performance was so contagious in her genuine enthusiasm for her culture and its art that he felt compelled to buy tickets immediately.

And after seeing the performance, Mr. Kenner’s enthusiasm matched that of the lady who sold him the tickets.

“I think it’s just so beautiful the way they’ve woven all of the artistry of the dance with all of the spirituality. It’s just so refreshing, and so beautiful. It’s like traveling into time. Just beautiful, I loved every minute of it so far,” said Mr. Kenner, a retired interior designer.

Spirituality and beauty were what resonated with him.

According to the New York-based company’s website, “China was once known as Shen Zhou—The Divine Land. This profound name describes a land where deities and mortals coexisted, and a belief that the divine transmitted a rich culture to the people of the earth.”

Mr. Kenner believes all spiritual paths have beauty in them: “They are all beautiful. I know a little bit about a lot of world religions, but I don’t know that much about Chinese or the Eastern religions as much as I would like to. So this made me feel like I got a real personal look into that. That’s what made it so touching,” he said at intermission at the Ohio Theater.

Shen Yun artists aim to revive a traditional, ancient approach to the performing arts. In ancient times, the arts were literally considered a sacred gift from the gods. And in China artists once believed that in order to be able to reach their audiences with the gifts from this divinely bestowed culture, they themselves must approach a higher realm. Thus they practiced self-cultivation.

Shen Yun artists follow this ancient tradition. Each note of music, each dance step, each costume, is imbued with a deeply spiritual resonance, according to the website.

Mr. Kenner shared the affect of Shen Yun on him. During one particular dance Sleeves of Grace, “I think I had tears rolling down my face, just watching that … number,” he said. “It was so beautiful. I love art, and I haven’t experienced art and dance like this before. To me, it just really, really touched me; it was beautiful.”

In 20 or so short dance and music pieces, Shen Yun presents a glimpse of 5,000 years of Chinese civilization. Some dances tell stories of China’s history or legends, some showcase China’s diverse ethnicities. Each are accompanied by original music played by an orchestra comprised of both Chinese and Western instruments.

Jeff Stewart, a consumer and business banking controller at JPMorgan Chase bank, who joined Mr. Kenner on March 11, had a similar perspective.

He found the spiritual aspect of the dance to be moving and was enchanted by “the story telling … woven throughout the dance.”

Classical Chinese dance, with a history of thousands of years, is considered one of the most expressive dance systems in the world and therefore easily used to depict stories.

“We don’t ever get to see or experience anything like that. And so I love the way the traditions and the dance and the stories come together,” Mr. Stewart said.

From the perspective of someone in the arts, Mr. Kenner said, “The costuming alone is just phenomenal. The costumes are so beautiful. The colors are vivid and expressive just like the dance and the story. So I really appreciated all of the detail that goes into the show: the music, the genuineness of the dancers and the performers. Everything just goes together just so beautifully, so cohesively.”