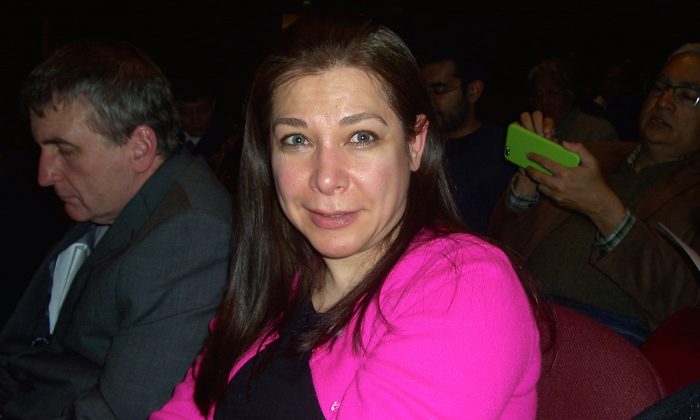 Ms. Nournia said Shen Yun was "an experience that everybody should try at least once—if not more!" (Gary Wong/Epoch Times)

SAN JOSE, Calif.—Shen Yun Performing Arts World Company lit up the San Jose Center for the Performing Arts on Jan. 2, as they gave their first Bay Area performance for 2015.

Ms. Nournia, vice president and general manager for consumer electronics, was deeply impressed by the performance.

Shen Yun Performing Arts, a New York-based nonprofit, has the mission to revive 5,000 years of traditional Chinese culture. Shen Yun has entertained and educated millions of audience members around the world over the years. Classical Chinese dance is a stunning art form that has a history of thousands of years.

The Shen Yun website states, “Through the universal language of music and dance, Shen Yun weaves a wondrous tapestry of heavenly realms, ancient legends, and modern heroic tales, taking you on a journey through 5,000 years of Chinese culture. Its stunning beauty and tremendous energy leave audiences uplifted and inspired.”

Ms. Nournia was enchanted by the journey Shen Yun’s stories took her on.

Each year, Shen Yun Performing Arts creates a brand new performance, and Classical Chinese dance is at the heart.

As a recommendation to her friends and family, she closed by saying, “It’s truly a good opportunity to learn about the culture in a most positive aspect—through dance and music. It’s an experience that everybody should try at least once—if not more!”