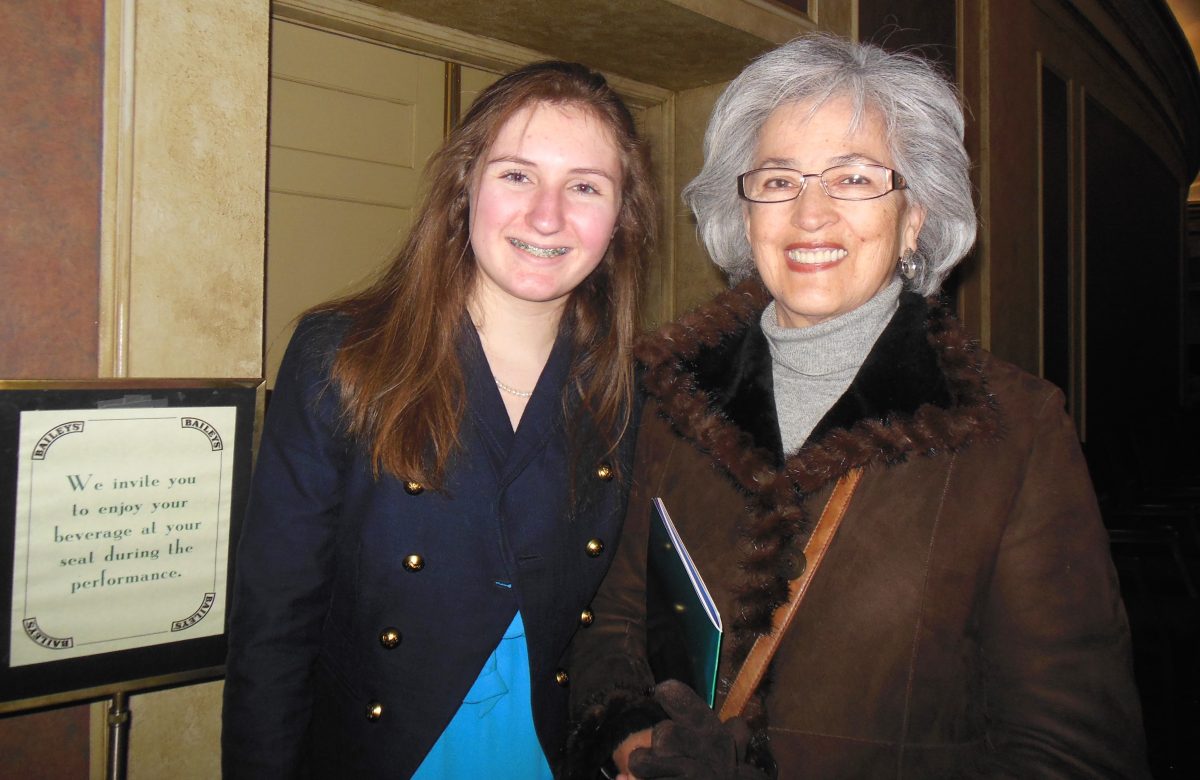 MINNEAPOLIS—”I thought they filled the stage. I mean, how they filled it … was awe-inspiring, how they did that,” said Sophia Campbell about Shen Yun Performing Arts Touring Company’s dancers.

Miss Campbell, an eight-year veteran amateur dancer, saw the performance with her grandmother Leonor Campbell, also an amateur veteran musician and ballet dancer, at the Orpheum Theatre on Feb. 13.

Shen Yun is a world-renowned music and dance company that has four touring companies visiting more than 100 cities, performing an all-new program each season.

“Classical Chinese dance has helped preserve 5,000 years of Chinese culture. Built on traditional aesthetics, it was once passed down among the people, in imperial courts, and through ancient plays. Over thousands of years, it was constantly refined, eventually developing into the vast and distinctly Chinese dance form we know today,” according to Shen Yun’s website.

Miss Campbell thought that Shen Yun was beautifully choreographed and found everything beautiful and magnificent, especially how the colors resonated along with the orchestra.

Mrs. Campbell agreed wholeheartedly with her granddaughter, “I just thought it was out of this world. The colors, the choreography, it was absolutely beautiful, it was amazing, really very, very beautiful, worth seeing,” she said.

“The whole ensemble of the orchestra and the dancers was really quite beautiful, quite unique, yes, I have never seen anything like that. I must congratulate the whole group Shen Yun because it’s absolutely magnificent,” commented Mrs. Campbell.

People are often surprised when they learn Shen Yun isn’t allowed to perform in Mainland China. Since the communist regime seized control in 1949, much of the country’s ancient customs and traditions have been forsaken.

“Today it can’t be seen in China,” added Mrs. Campbell. “And it also had a bit of a religious tone with the songs they sang. I thought they really brought a spiritual message that is quite beautiful.”

Because the culture of ancient China is said to have been semi-divine, spirituality is evident throughout a Shen Yun performance.

Commenting on one of several solo vocalists also featured in the program, Mrs. Campbell stated, “When the woman sang that we have been here for eons and we have forgotten our divinity, I thought that was very moving.”

Finally, thinking about the true essence within the art of the performance, Miss Campbell said that she saw “how history can change us and how we should never forget what happened, but we have to move on [and] embrace everything, and keep it living and keep everything in harmony and peace.”