Shen Yun Is an Enriching Experience for Everyone, Says Audience Member 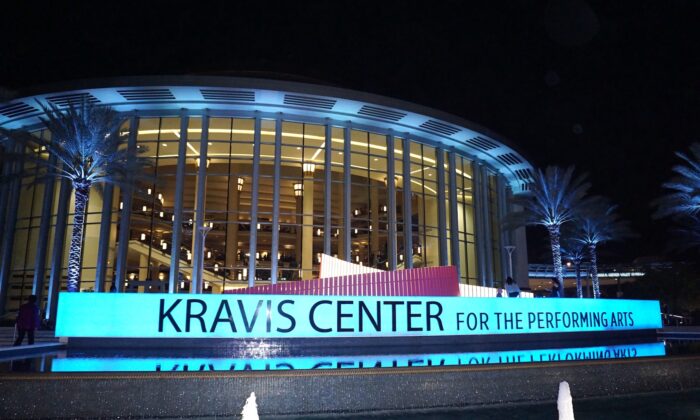 The Kravis Center for the Performing Arts–Dreyfoos Hall, West Palm Beach, Fla. on May 18, 2022. (NTD)

Mr. Dosdourian, owner of an engineering construction company, watched Shen Yun at the Kravis Center for the Performing Arts.

“The dancing … between the folk dancing and then the traditional dance, it’s such a variety. You don’t see that in American culture at all,” he said.

Mr. Dosdourian said the experience of watching Shen Yun was beautiful, a performance that he described as being full of magnificent artistry.

“I would love to go to China sometime. It’s unfortunate that things are not like they used to be there but it’s a magnificent [performance], and I’ll be telling others to come,” he said.

Shen Yun is a panoply of story-based Chinese classical dances and music, with a live orchestra composed of traditional Chinese and classical Western instruments.

Every piece was special for Mr. Dostourian.

“The [performance] was so well choreographed—a lot of work, a lot of effort, a lot of practice,” went into it.

Shen Yun’s mission is to revive traditional Chinese culture from the pre-communist era. It was believed that China’s traditions have been passed down to earthly mortals by divine heavenly beings. A spiritual culture with an emphasis on high moral values and the arts was very important throughout what was known as the Middle Kingdom.

“I have an appreciation for spiritual things and the Heavens and the Creator are very real to me and I think it’s very real in ancient Chinese culture,” said Mr. Dostourian.

He said unfortunately that is no longer the case in China with religions being persecuted.

“I have friends that were over there. I’m one of the Jehovah’s Witnesses and we were absolutely banned there,” said Mr. Dostourian.

“And then all of these different ethnic groups that practice religion, that are being locked up in prisons, it’s just not right,” he said.

“But I honestly believe we are at the end of the system and that we’re going to see better things in the very near future. I think that God is allowing us to have this ugliness that we’re seeing today. But, he’s going to step in and do something about it in the very near future, so that people that do have an appreciation for spiritual things will be [saved],” he said.

“He’s allowed us an amount of time to prove to ourselves that we can’t govern ourselves, that we need that divine intervention to really be what rules over the Earth.”

Having enjoyed the performance, Mr. Dostourian declared that he would be back again.

He congratulated the performers adding that he felt that the performance had been an enriching experience for the audience.

“I’m sure that [the audience] is going to leave here with something that they did not originally come in with,” he added.